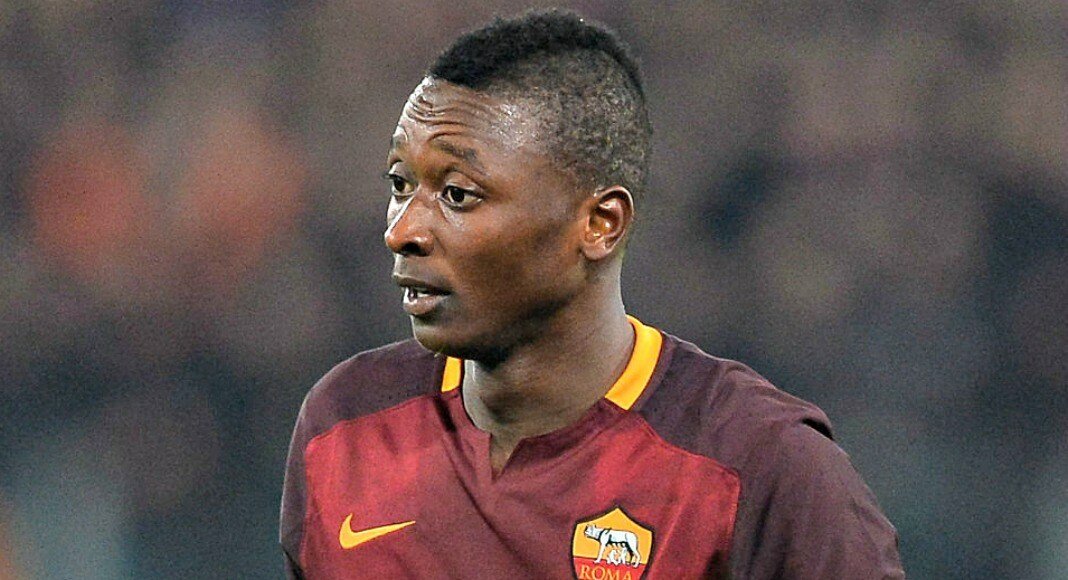 Sadiq Umar during the Italian Serie A football match A.S. Roma vs A.C. Milan at the Olympic Stadium in Rome, on january 09, 2016 (Photo by Silvia Lore/NurPhoto)

Partizan Belgrade of Serbia striker, Sadiq Umar is raising eyebrows over his long running contract with AS Roma of Italy, as the Serie A club keep sending him out on loan, rather than give him the chance of making his mark in their main squad, and the youngster is now thinking of asking for a full contract elsewhere, megasportsarena.com reports.

After excelling in Serbia, where he is shinning in the domestic league and equally helping Partizan make waves in the UEFA Europa League, Umar believes he has come of age and that he deserves something better from Roma.

Although he failed to hit top markls the previous season, while also on loan at Glasgow Rangers of Scotland, Umar insinuated that he could not settle down with The Gers because he was yanked away from NAC Breda of Holland at short notice.

Indeed, the Rio 2016 Olympic Games bronze medalist hit top form during his time at Breda, such that he would have loved to continue, and visiting Holland again with Partizan for Thursday’s Europa League fixture away to AZ Alkmaar set off a tingle in his nerves.

He recalled how he spent the second half of the 2017/18 season with Breda and how successful he was at the Dutch Eredivisie outfit, with which he hit five goals and three assists in 12 games, such that he would have loved to continue with them.

Nonetheless, Umar is now making waves with Partizan, where he has already struck 10 goals in 14 matches, making him the top Nigerian scorer in Europe for the current season, but the lanky youngster admits he will have to look critically at his contract, because he is not getting younger.

Umar told FOX Sports: “It is certainly not easy. As a young boy you try to pursue your dream. I played well at NAC, but I had to respect my contract. It is not easy for me, but I have to keep going. Hopefully I can go on a day settle down and be who I am. I came here when I was twenty. I learned a lot here. Hopefully I will return someday, but you can never say it in football.”