Nigeria Flaunt U23, U17 Team Victories Over Brazil To Win Sunday’s Friendly 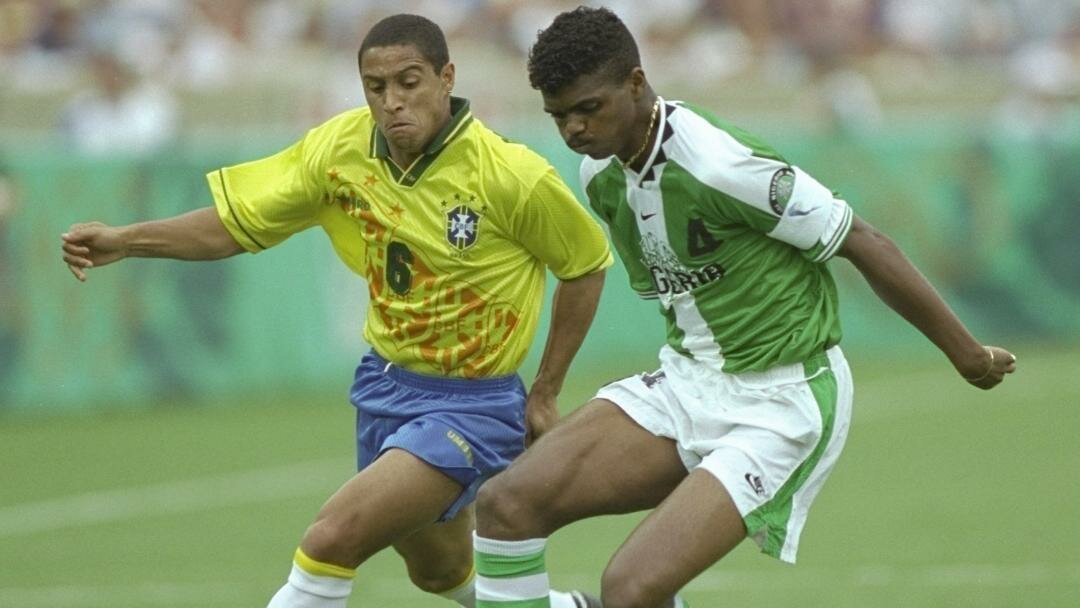 Nigeria’s Super Eagles battle Brazil’s Samba Boys in a much-anticipated international friendly on Sunday at Singapore National Stadium, with a couple of historical victories at under-23 and under-17 national team levels serving as huge motivation for the three-time African champions.

Megasportsarena.com recalls that the South Americans defeated the Eagles 3-0 in June 2003, during their first and only ever senior fixture in Abuja, and after 16 years, both teams will square up against each other once again, this time on neutral ground.

Brazil have won 18 of their last 20 games in all competitions, while Gernot Rohr’s men are yet to lose any of their last four friendlies, such that they will hope for another positive end to Sunday’s encounter, which is scheduled to kickoff at 1pm Nigeria time.

While Thursday’s 1-1 draw Senegal played out with Brazil will be another source of inspiration for the Eagles to target a positive result on Sunday, the bigger point for them are two epochal wins at youth level, which form the basis of belief heading into this game, for which gates will open at midday, with pre-match activities like music extravaganza, photo booths and locker room funfair.

Nigerian fans hold fond memories of how their under-23 team beat Brazil in the semi-finals of Atlanta ’96 Olympic Games, while, in similar historical vein, Lille Metropole of France striker, Victor Osimhen and Villarreal of Spain winger, Samuel Chukwueze recall that they also once beat The Samba Nation at under-17 level.

The big motivation for Osimhen and Chukwueze going into Sunday’s friendly is that they played key parts in a 3-0 victory for Nigeria against Brazil at Chile 2015 FIFA U-17 World Cup, a result that should boost their confidence in this encounter, despite it being at full senior level.

Osimhen had earlier scored a hat-trick in the round of 16, inspiring a 6-0 demolition of Australia, while Chukwueze snatched Nigeria’s last goal in that encounter, such that both lads were again talk of the town for their quarter-finals’ fixture with Brazil, in front of 5,880 spectators at Estadio Sausalito, with Slovenia referee, Matej Jug in charge of proceedings.

The date was November 1, 2015 at Viña del Mar in the north of Chile, with Osimhen netting the Golden Eaglets’ first goal in the 29th minute of the quarter-finals’ clash that showed in clear light that the Nigerian kids were lethal.

The game also confirmed that the Eaglets were on course to defend the title they won two years earlier at UAE 2013, and beating Brazil in the last-eighth must have been a huge boost to their eventual 2-0 victory over fellow-West Africans, Mali in the final.

Back then, Osimhen struck his eighth goal in five games, before Kingsley Michael and Udochukwu Anumudu added one each, as the Eagles shocked the three-time winners in the terrain of their fellow-South American neighbours.

Eaglets’ in-form defender, John Lazarus crossed from the right and Osimhen headed the ball in, via a deflection off Éder Militão, who is dramatically now in the current Brazilian senior squad that will battle Nigeria’s Eagles on Sunday in Singapore.

Militão, a defender that was then on the cards of Sao Paulo FC in the domestic league, but now plays for Real Madrid of Spain, is the only Brazilian kid back then that has grown into the senior ranks and is listed for Sunday’s friendly in Singapore.

Memories of Chile 2015 will surely make Militão aim to get his own pound of flesh on Osimhen and Chukwueze, who are the only graduates of that glorious Eaglets’ squad now in the Eagles’ squad that is seeking a historic victory against The Samba Boys on Sunday.

However, while Osimhen and Chukwueze look good to start, Militão will have to convince Brazil’s coach, Tite to give him the nod to make his mark on Sunday at Singapore National Stadium , as he is yet to stamp his authority in Madrid.

Militão is still battling to settle down, after arriving from FC Porto of Portugal on March 14, in a six-year deal (effective from July 1, 2019) worth €50m, but it was not until September 14 that he got his debut, as substitute in a 3–2 victory over Levante.

The reverse is the case for Osimhen and Chukwueze, who are making waves with their respective clubs in the current campaign, such that the Villarreal winger, who is starring in the same La Liga with Militão, believes the edge they have over their Chile 2015 rival will again materialize during Sunday’s epic clash between both football crazy nations. Who wins it…? Time shall tell!!!