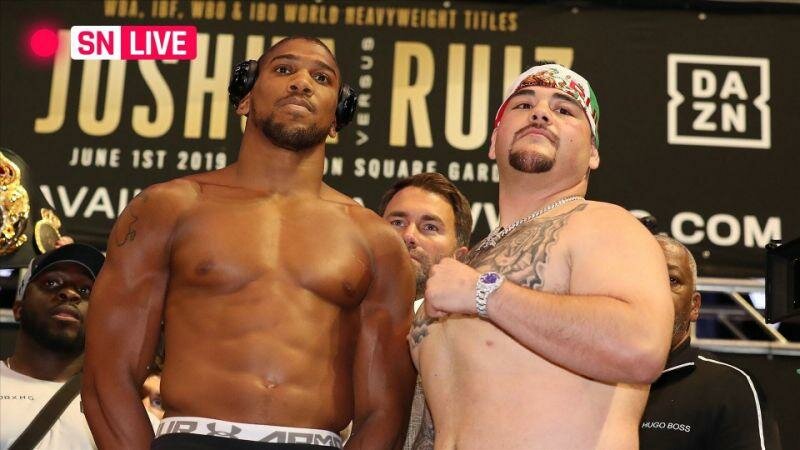 Nigerian-born British heavyweight boxer, Anthony Olaseni Olluwafemi Joshua has gained fresh tips on how to get his pound of flesh back on his supplanter, David Ruiz Jnr, when they clash in their rematch on December 7, megasportsarena.com gathered.

Ahead of the much-anticipated decider in the future of Joshua as a world heavyweight of repute, another British boxer, Richard Riakporhe has advised that ‘AJ’ needs to be ‘on point mentally’ if he is to beat Ruiz Jr in Saudi Arabia.

The cruiserweight sparred with Joshua back in 2011 and described him as ‘fast, strong and very intimidating’, but said the man who takes the fight will be the one most mentally prepared, but Ruiz, who stepped in just five-weeks before the fight, shocked the boxing world when he beat ‘AJ’ at Madison Square Garden and took his heavyweight titles back on June 1.

Speaking of the rematch, Riakporhe said Joshua has the necessary skills to reclaim his titles, but when a boxer like Ruiz gets at you, it takes a lot to overcome mentally.

Riakporhe told Yahoo Sport presents Tailgate: “It’s all about who comes on point mentally, that’s going to take that fight, because Joshua has all the attributes to deal with this kind of opponent, we saw him nearly knock him out. It’s one of them ones, when a guy gets at you like the way he did, listen, it takes a lot to overcome mentally.”

Although Joshua’s promoter, Eddie Hearn earlier revealed that the 30-year-old struggled to find sparring partners with styles similar to that of Ruiz ahead of their first fight, he enthused that the situation is different this time out, as everything is now under control.

Hearn told Sky Sports: “Sparring is something we’ve been working at. First time around we only had four weeks, and three weeks of sparring. We found guys but probably not the guys we really wanted. Now the sparring is top class.

“He is focused and looking great. Eight weeks to go. We’re not interested in looking at Tyson Fury, Deontay Wilder or anything else. It’s just about winning one of the biggest heavyweight events of all time.”