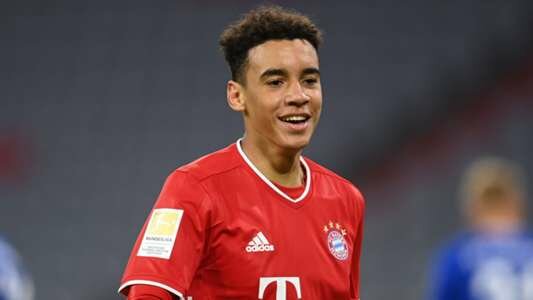 Bayern Munich of Germany midfielder, Jamal Musiala has received his first national team call-up from the country where he was born and is already setting tongues wagging with exciting displays for The Bavarians, few months after snubbing opportunities from Nigeria and England.

Megasportsarena.com recalls that the teenager, who has played for England’s youth teams, announced last month that he wanted to represent Germany at full senior national team level and he has now received that chance ahead of three World Cup qualifiers for Germany this month.

Musiala, who was born in Stuttgart to a German mother and British-Nigerian father, has already represented England at youth team level on 22 occasions and took part in the last two training camps with Aidy Boothroyd’s U21 side.

However, despite admitting to being torn between three countries, he confirmed last month that he wished to represent the country of his birth, and the 18-year-old midfielder is now on the threshold of history, after being included in Joachim Loew’s roster of 26 players for the qualifiers against Iceland, Romania and North Macedonia.

Musiala will now aim for a qucikfire debut when Germany play Iceland on March 25, Romania on March 28 and North Macedonia on March 31 in what will be Loew’s final World Cup qualifiers before he steps down at the end of this year’s European Championship.