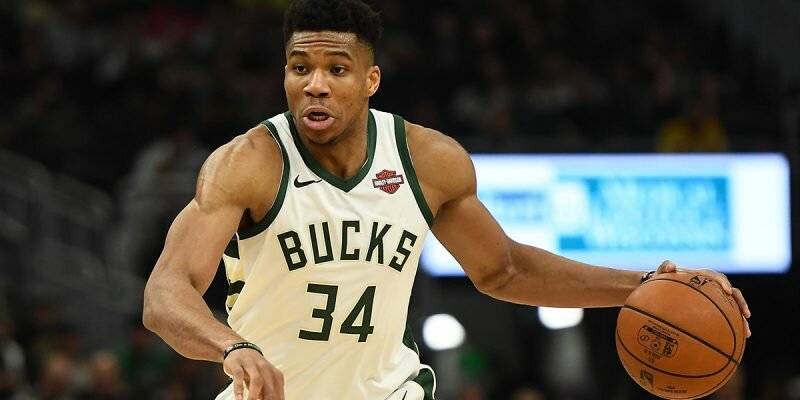 The new tag came from one of The Greek Freak’s teammates, Bobby Portis, who confessed that he was held in awe by what the Greece international did during the pulsating game.

Megasportsarena.com reports that Antetokounmpo twinkled bright, as had a personal haul of 43 points and 12 rebounds and helped his side beat The Hawks 124-115 for their sixth straight victory.

Portis added 23 points and 15 rebounds, and Khris Middleton had 23 points and eight assists to help Milwaukee beat Atlanta for the first time in three tries this season, but the biggest reel of plaudits went for Giannis.

He was pivotal in helping the NBA defending champions edge ahead of non-playing Philadelphia for second place in the Eastern Conference and moved within two games of first-place Miami Heat, which lost at home to top-placed Phoenix.

Antetokounmpo slashed to the basket repeatedly and dunked or scored from close range as he made 15 of 22 field goals and 12 of 17 at the free throw line.

He scored 82 points in a 24-hour span after getting 39 in his side’s previous victory at Oklahoma City on Tuesday night.

Trae Young led Atlanta with 27 points and 11 assists, including 22 points in the second half, and De’Andre Hunter had 17 points.

Middleton made several perfect lobs to Antetokounmpo for easy baskets early in the game, helping his teammate get off to a great start with 17 points in the first quarter.

Portis and Middleton took over in the second quarter, combining for 27 of Milwaukee’s 31 points.
The Bucks took a 68-54 halftime lead but the Hawks rallied behind the play of Young and pulled within five points late in the fourth quarter.

Middleton and Jrue Holiday sank three-point shots to help The Bucks keep their lead, and Milwaukee’s defense stiffened, as Portis blocked a shot by Bogdan Bogdanovic and Middleton drew an offensive foul on Hunter.

Portis’ rejection came with Bucks leading by eight points, after Antetokounmpo scored on a drive to give Milwaukee a 120-112 lead.

Middleton made both free throws stemming from the technical fouls and Antetokounmpo rebounded a miss and scored to give Bucks a 124-112 lead.

The Bucks continued their strong run since the all-star break, as they lost to Brooklyn in the first game after, but have rebounded to win the next six, including victories over Miami, Chicago and Phoenix.

Now they head west for a four-game trip, opening at Golden State on Saturday night, ahead of which Portis gleefully hailed Antetokounmpo’s performance against Atlanta.

Portis said: ”The things he does are not normal. It’s fun to be his teammate and fun to play alongside him.”

Antetokounmpo, though, played down his individual impact, as he added: “We’re playing together. We are figuring out how to play down the stretch.

“We’re figuring out how to box out and get rebounds, to get the ball to Jrue or Khris to make plays.

”I think we were confident as a team before but I think we’re building a lot of good habits. We’re feeling good as a team.”