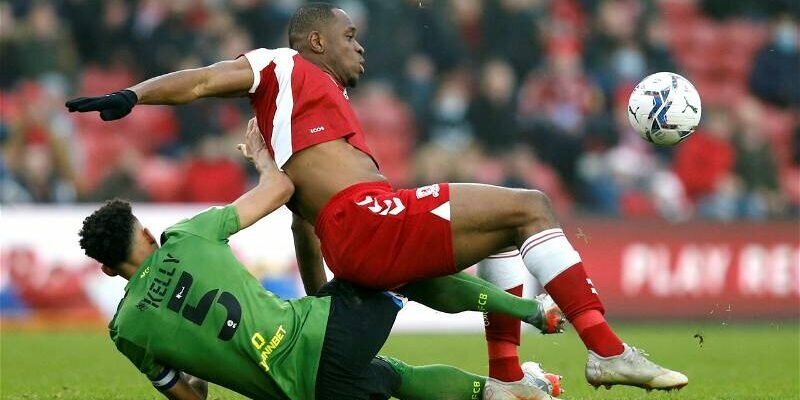 Middlesbrough striker Uche Ikpeazu completed a transfer to Turkish side Konyaspor, with an agreement reached with the overseas club by the Teessiders, Megasportsarena.com understands.

The 27-year-old, who has been called up to the Ugandan national side recently but never been capped by the nation, has only been a Boro player for one year, having joined from Wycombe Wanderers last summer, in a deal worth reportedly £1 million after his six Championship goals for the Chairboys in 2020-21.

The 26-year-old was born to a Nigerian father and a Ugandan mother in England and has on two occasions received calls-up to play for the Cranes, in the Africa Cup of Nations and World Cup qualifying matches, which did not materialise.

Having been brought in by Neil Warnock, Ikpeazu was restricted to merely cameo appearances under current manager Chris Wilder before being shipped out in the January transfer window to divisional rivals Cardiff City.

At the Bluebirds, Ikpeazu netted three times in 13 appearances, but Steve Morison did not sign him permanently, which left the target man on the sidelines this summer.

Having not been utilised by Wilder in Boro’s opening two league matches of the season despite the club’s striker shortage, Ikpeazu is seemingly seen as a player Boro would like to offload.

Konyaspor, who finished third in the Turkish Super Lig last season but have been eliminated in the UEF Europa Conference League in the qualifying rounds by Liechtenstein-based Vaduz, have now agreed a deal to take Ikpeazu all the way across Europe, with their initial proposal being a free transfer with a 20 per cent sell-on clause.