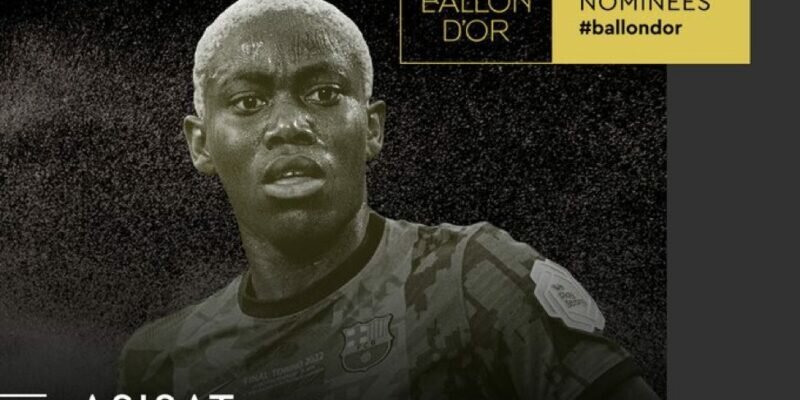 Asisat Oshoala has been nominated for the Women’s Ballon d’Or, reports Megasportsarena.com.

The Super Falcons of Nigeria and FC Barcelona forward is the first African woman to be nominated for the prestigious award.

Oshoala is also the only player to win the CAF Women’s Player of the Year Award five times.

She won the Spanish Women’s Primera Division Golden Boot with 20 goals in 19 games, to share the top scorer award with Geyse Ferreira, despite being injured for eight weeks as Barcelona retained their La Liga Feminina title.

The 66th Ballon D’or ceremony will take place on the 17th of October at the Théâtre du Châtelet in Paris, France.

The Super Falcons star is expected to lead Nigeria to the 2023 FIFA Women’s World Cup in Australia and New Zealand.