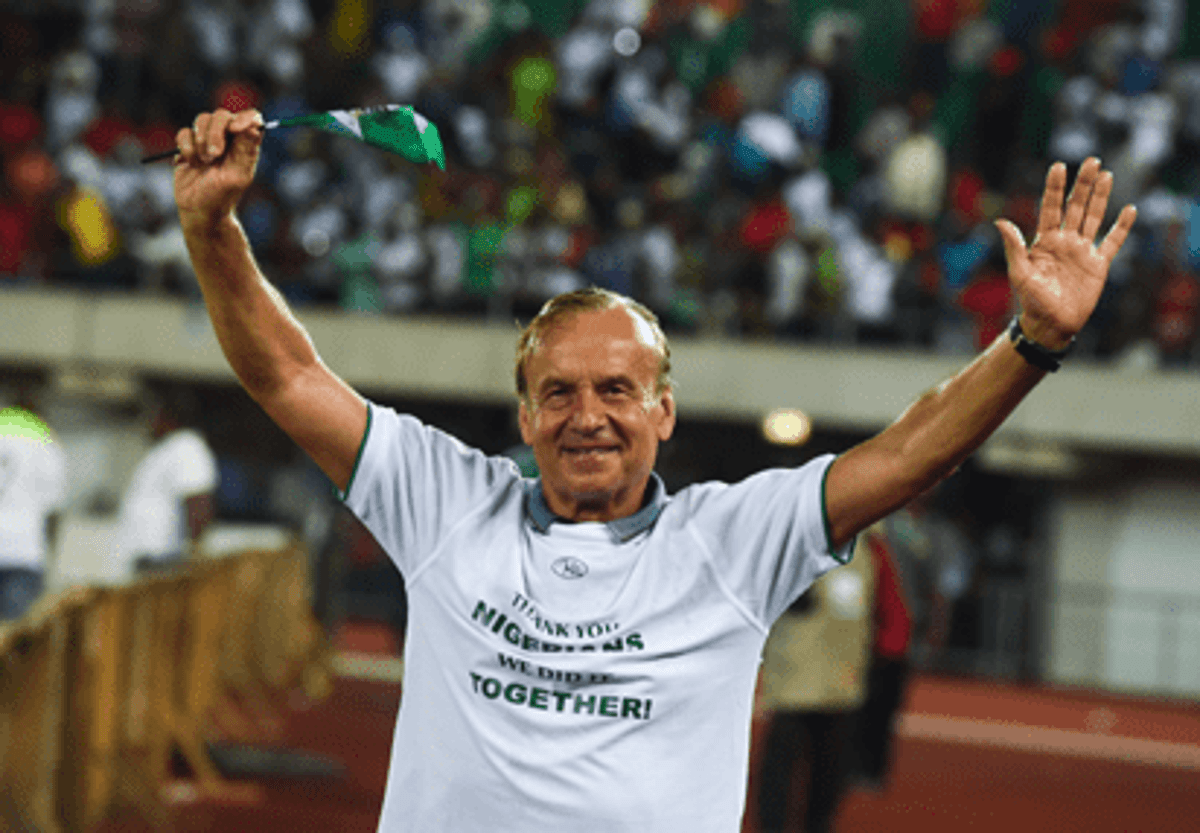 Super Eagles’ head coach, Gernot Rohr has admitted he is truly delighted with his chance of eventually signing of a new contract with Nigeria Football Federation (NFF), which gives him the opportunity to continue in charge of the country’s national team, megasportsarena.com reports.

With a new two-and-half-years agreement sealed between Rohr and the NFF last weekend, thereby giving the Franco-German tactician leverage to take the Eagles to the 2021 African Cup of Nations and 2022 World Cup, Rohr admitted it is a huge privilege that he yearned for.

That is another down-to-earth confession coming from the man that had stated all along the special delight he gets in coaching the Eagles, which he says is basically because the squad is filled with a huge array of very young, talented, ambitious and exciting lads, who he would readily take a pay cut to remain with.

That was what eventually happened, as Rohr accepted some daunting and very stringent terms and conditions in order to tie a new bond with the NFF, after which the former Niger Republic, Gabon and Burkina Faso gaffer has admitted he is happy to extend his contract with the Eagles.

The 66-year-old tactician, whose record in charge of 49 games with the Eagles includes 29 wins, 11 draws and nine defeats, with a 59.18 victory percentage, is now flaunting a new contract that is expected to last till after the 2022 FIFA World Cup in Qatar.

In a taciturn reaction to the fixed deal, Rohr who already looks good to seal qualification with the Eagles to next year’s AFCON in Cameroon, after picking six points from their first two games in Group L, by beating Benin Republic at home and Lesotho away, told AOIFootball.com : “I’m happy to continue.”