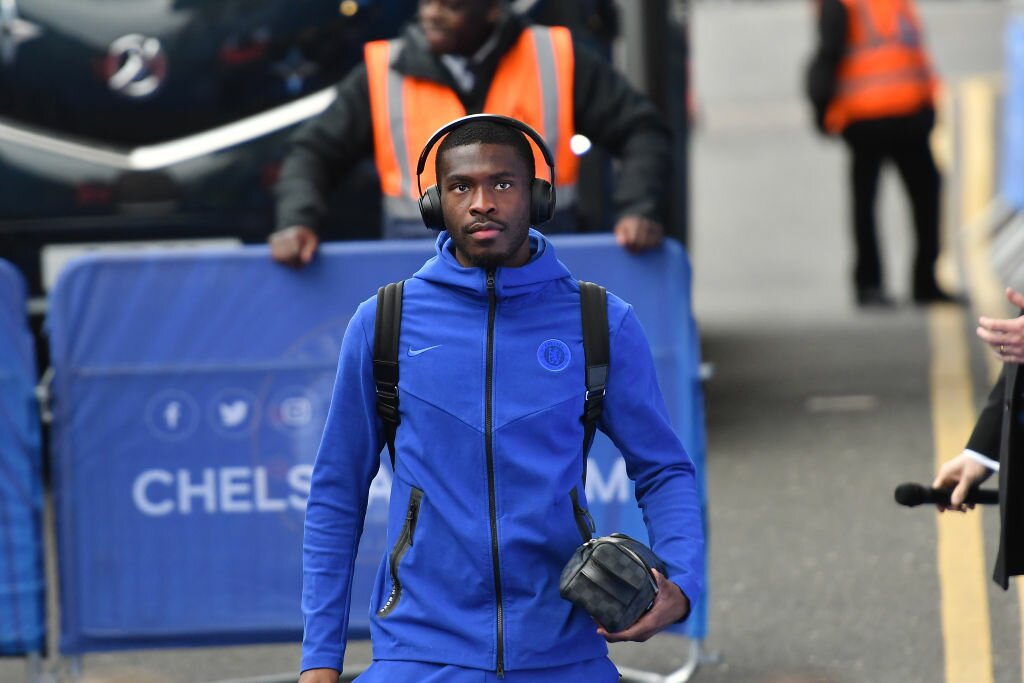 Fikayo Tomori during the Premier League match between Chelsea and Everton at Stamford Bridge, London on Sunday 8th March 2020. (Photo by MI News/NurPhoto via Getty Images)

Chelsea of England defender, Fikayo Tomori has found a summer transfer opening coming his way at Stade Rennes of France, who have a long history of having several Nigerian players in their squads over the years, megasportsarena.com reports.

The history of players from the Anglophone West African country at Rennes dates back to the days of John Chukwudi Utaka, Apam Onyekachi and Elderson Uwa Echiejile, who all made their mark with the Super Eagles, but the French Ligue 1 club now aim to hook the Nigerian-born Tomori as well.

A report by L’Equipe revealed that Tomori, who also has citizenship of Canada, caught the eye of Rennes with his sterling performances for Chelsea in the recently concluded English Premier League season and he could now be on his way to the team that qualified for next season’s UEFA Champions League during the hastily cancelled campaign in France.

It was further gathered that top shots at Rennes are thinking seriously of mating a move for the lad who was on loan at lower division Derby County the previous season, as they wish to add him to their back-four roster and see him strengthen their defence ahead of next season.

The report affirmed: “Tomori signed a new deal with Chelsea only in December to 2024 and the defender played 15 Premier League games this season. Rennes have already opened talks with Chelsea for the youngster and, while West Ham United are also interested, the deal could be in the form of a permanent transfer.”