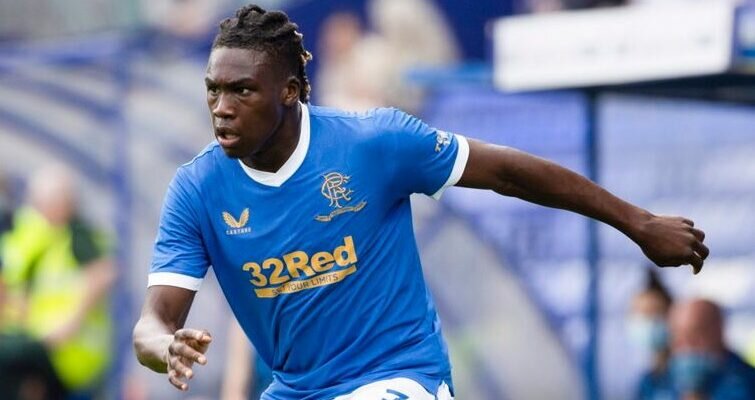 Aston Villa are set to test Glasgow Rangers resolve by making a move for Calvin Bassey in the summer.

According to reports monitored by Megasportsarena.com the Nigerian international is ‘under consideration’ and Villa wants him to strengthen his defence.

The defender has been superb for Rangers this season and was brought to Glasgow by Steven Gerrard in the summer of 2020.

And now the Aston Villa boss could look to take him to the English Premier League as they look for competition for Lucas Digne at left back.

Bassey’s ability to play centre back is also a boost for Gerrard but it would take a big bid to get Rangers to sell, with Bassey having two years left on his deal.

Bassey has been vital for Rangers this season and won the club’s Young Player of the Year after impressing at both left back and centre half.

He’s made 50 appearances this season but is yet to score, and is likely to start next week’s Europa League Final.