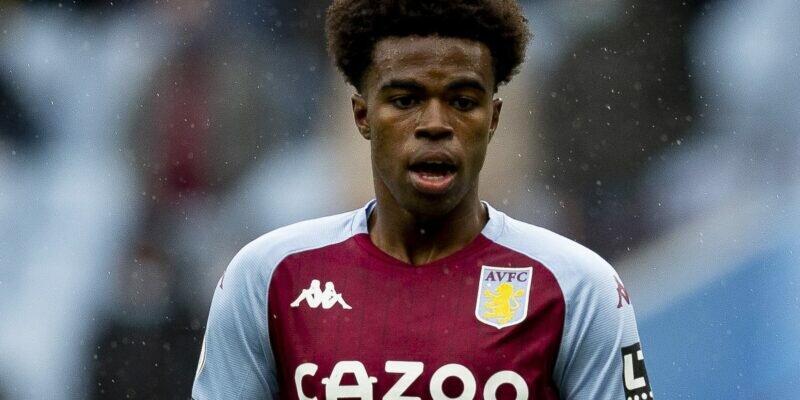 Gabriel Agbonlahor has delivered his verdict on what Aston Villa should do about Carney Chukwuemeka’s contract situation, Megasportsarena.com reports.

The 18-year-old Nigeria-born made 14 appearances for the club in all competitions last season, being handed three starts, as he continued his development under Steven Gerrard. The midfield prodigy is currently representing England at the U19 Euros and grabbed a goal and assist in the Young Lions’ opening game.

There have been ongoing reports surrounding Chukwuemeka ’s future, with the teenager having 12 months remaining on his deal and claimed to be attracting interest from several clubs.

Villa boss Steven Gerrard confirmed in March that negotiations were still ongoing. However, former Villa striker Agbonlahor has advised the club not to overpay Chukwuemeka and pointed to a similar scenario from his playing days.

“The problem with Aston Villa in this situation is that they don’t want to overpay for a player who is not good enough yet,” Agbonlahor told Football Insider . “That’s the problem with young players sometimes, their agents are probably asking for an amount they don’t deserve yet.

“Aston Villa are in a tricky situation where they need to give him the money or he will leave. It happened with Rushian Hepburn-Murphy, they were in a position where they didn’t want to lose him so had to submit to the wage demands.”

In March 2015, Hepburn-Murphy became Villa’s youngest-ever Premier League player, aged 16, and signed a new deal almost two years later but was eventually released by the club. Agbonlahor has warned that Villa risk setting a precedent for current academy players if Chukwuemeka is overly-rewarded before emulating Jacob Ramsey in becoming a first team regular.

“With Chukwuemeka they are probably saying ‘You can have this certain amount of money and if you make 15 starts, you get a rise, if you make 30 starts we can renegotiate’. That’s how it was when I was that age. You didn’t get the big money straight away.

“Maybe that’s where Villa are at. If they lose him, yes, it’s not ideal but if you set that standard of giving young players whatever they want because they’ve got a chance of being a great player, it can be a dangerous situation for the club.

“It’s what all clubs fear. When a young player, who could go on to become a really big star, but nobody knows, so you can’t give him the money he doesn’t deserve yet.”