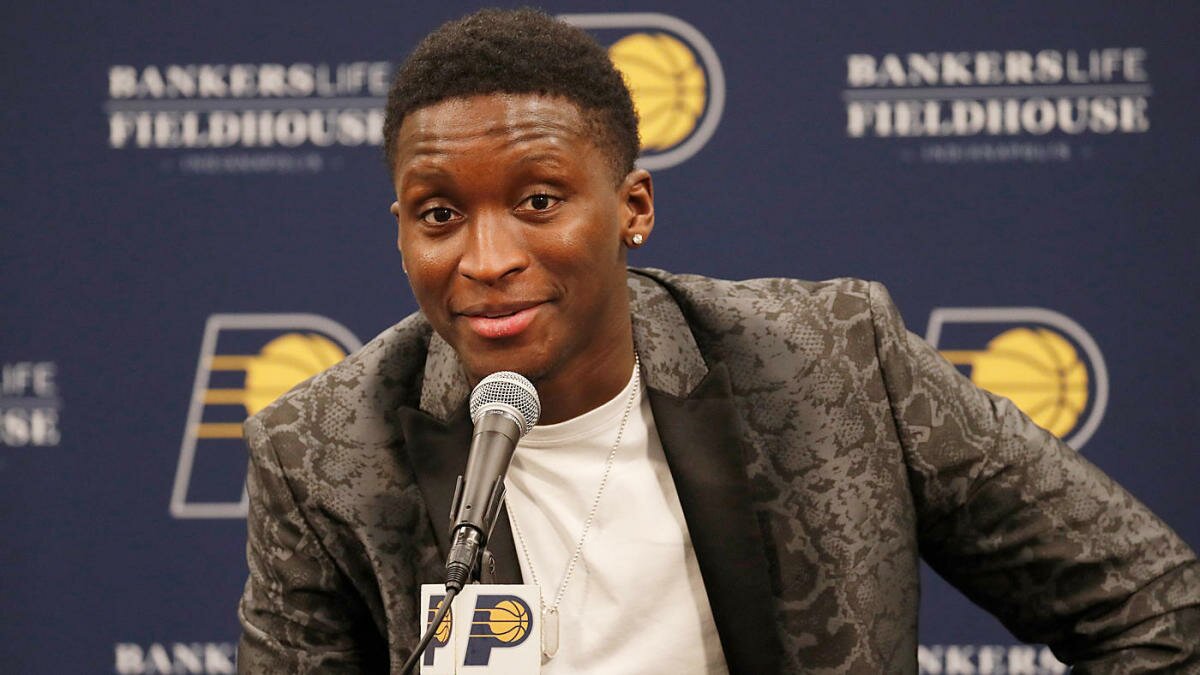 Indiana Pacers of America youngster, Victor Oladipo remains under a cloud of uncertainty just few hours to the restart of action in USA’s National Basketball Association (NBA) league, with various talking points rolling round his readiness to play in The Bubble, megasportsarena.com reports.

Although the Nigerian-born youngster announced last week that he had changed his mind on an earlier decision not to play during the season-ending one-venue competition in Orlando, Florida, on account of an injury that ruled him out for all of last year, Oladipo’s status remains unclear.

A report out of God’s Own Country revealed that, with a string of friendly matches already heralding next week’s competition, The Pacers are still fielding questions about Oladipo’s status, and club officials admitted they can only wait till next week before getting any concrete answer.

AP Sports analyst, Michael Marot noted: “After initially announcing he would not play in Florida because of concerns over his surgically-repaired right knee, the two-time All-Star backtracked and said he may reconsider if he could perform at a high level and he felt good.

“That was good enough for (Pacers’) coach, Nate McMillan, who planned to use Oladipo in three scrimmage games. After fighting through 12 months of rehab, Oladipo returned from a ruptured quad tendon in late January. He played in 13 games, posting his best numbers in Indiana’s final contest before the season was suspended.

Still, Oladipo knew he wasn’t himself. He could only play one game of a back-to-back, missed another game when the knee randomly swelled and played limited minutes. Either way, it’s clear the Pacers will be cautious with Oladipo and his teammates wouldn’t want it any other way.

“Oladipo would be a boon for a team seeking to win its first playoff series since reaching the 2014 Eastern Conference finals. Though the playoff format has changed, Pritchard’s hopes – and those of the Pacers – have not.

“If Oladipo plays – and returns to the starting lineup – Brogdon would continue to start at point guard. The other minutes would be split between the increasingly productive Holiday brothers, Aaron and Justin; T.J. McConnell, a key backup; and Edmond Sumner, who says he feels as healthy as he has since entering the league in 2017.

“When the season stopped, the Pacers appeared poised to make a push for home-court advantage in the first round. With Oladipo rounding into form, president of basketball operations Kevin Pritchard thought Indiana could make the jump from fifth in the East, possibly even as high as third.”

Oladipo added; ”I was on a minute restriction, that doesn’t mean I was healthy. If I was 100% healthy, I wouldn’t have been restricted.”