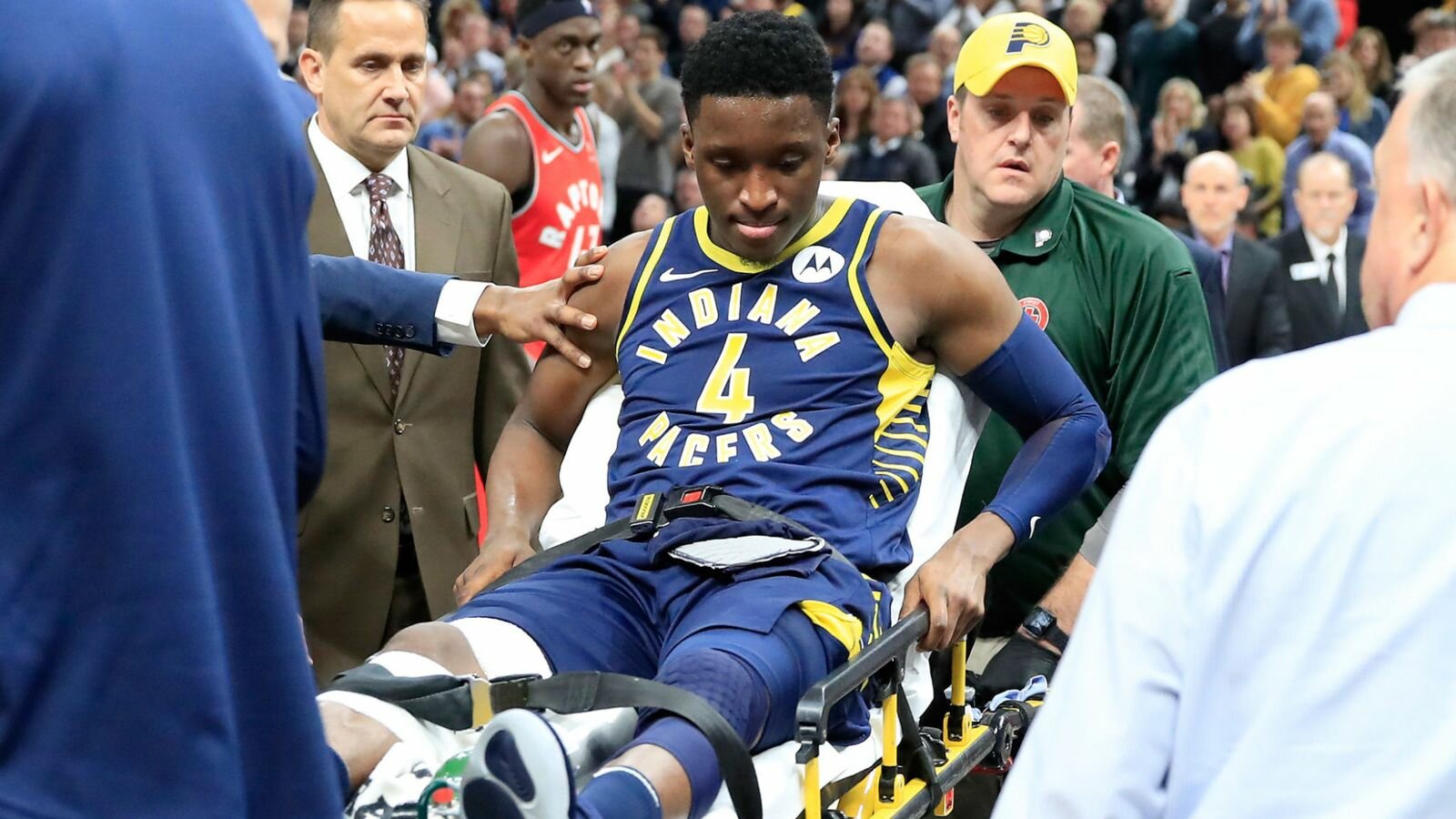 Indiana Pacers of America’s Nigerian-born guard, Victor Oladipo is targeting a return to action in USA’s National Basketball Association (NBA) league on January 29, following over a year out with injury.

Megasportsarena.com reports that, in what would become his debut for the season, Oladipo believes he is good to step out in a home game for his Indiana-based side against visiting Chicago Bulls.

The 27-year-old two-time All-Star has not played since rupturing his right quadriceps tendon on January 23, 2019, but Oladipo believes he can do better than before, when he earned his second straight selection in 2018-19.

After three seasons with Orlando Magic and one with Oklahoma City, he was named the NBA’s Most Improved Player in his first year with the Pacers in 2017-18, then averaged a career-high 23.1 points, 5.2 rebounds, 4.3 assists and a league-leading 2.4 steals in 75 games.

The youngster, who earned his second straight NBA All Star spot with a data haul that saw him average 18.8 points, 5.6 rebounds, 5.2 assists and 17 steals in 36 games, added that he has put behind him the nightmare night when he was stretchered off the court during Indiana’s clash with Toronto Reptors around this same time last year.

He missed Indiana’s final 35 regular season games and four playoff games last season, and has already missed 37 games this season, a total that will reach 47 by January 29, but Oladipo says he is determined to make up for lost ground.

“That could change. That might not change. Who knows? It’s definitely good to have something to look forward to, especially after 12 months of wondering. I’m way stronger now than I was before, especially mentally. I just feel like nothing can faze me. I’ve been through the worst. My better days lie ahead,” Oladipo said in a video published by The Stadium.