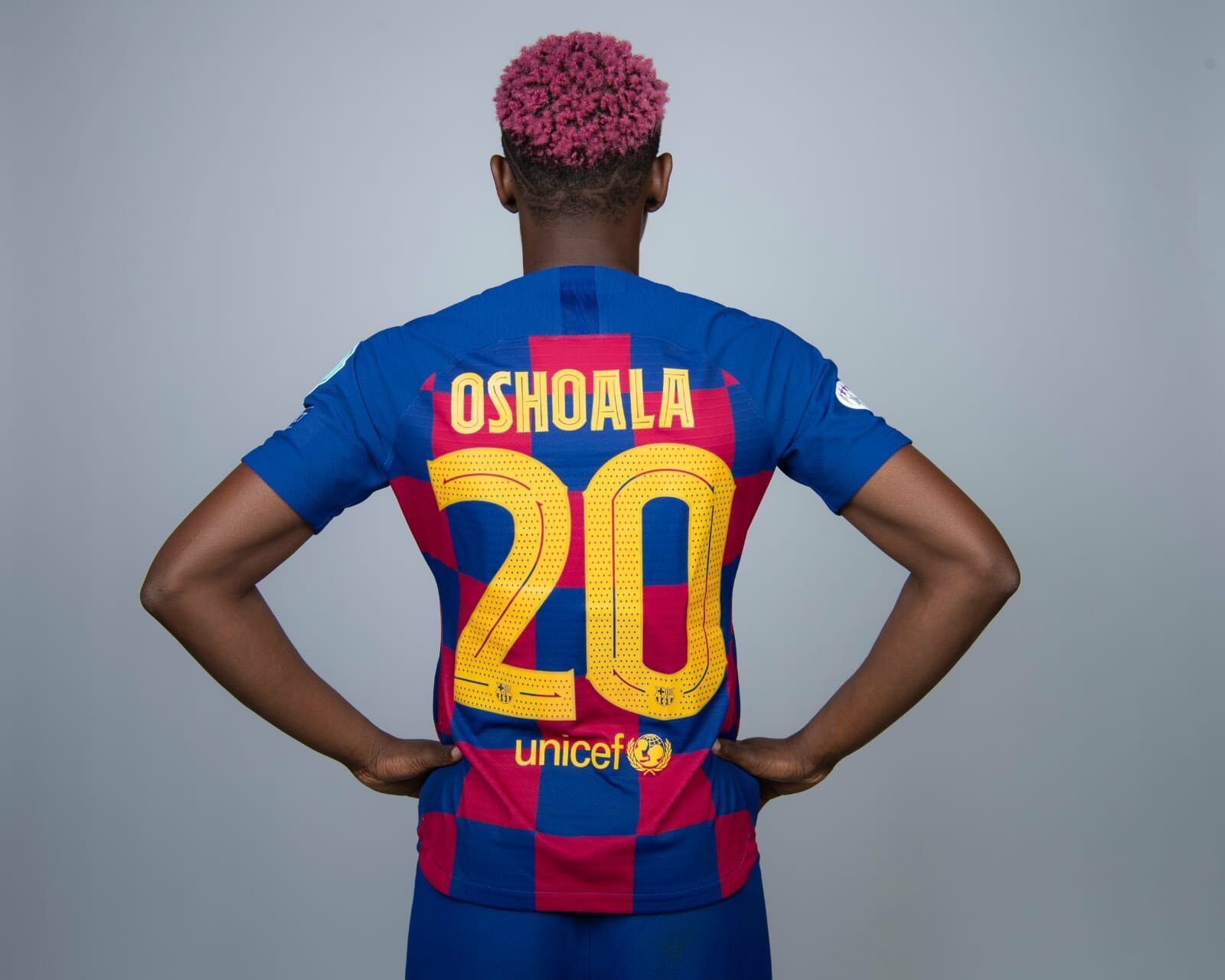 Barcelona Femeni of Spain attacker, Asisat Oshoala has gained another lift in her rapidly accelerating career, as the league governing body in The Land of The Armada has included her name among the class of top scorers in the country’s women’s league, megasportsarena.com reports.

A hat-trick last weekend against Logrono took Oshoala’s total haul for the season in Spain’s Primera Iberdrola to 20 goals, thereby taking ahead of four other players in the league and level with her teammate, Jenni Hermoso.

The four-time African Women Footballer of The Year, the last of which she claimed in the 2019 campaign, hit target in the 54th, 70th and 89th minutes, as he team thrashed team Logrono 6-0 and stayed top of the log.

Oshoala went hiome with the match ball for the first time since arriving on loan from Dalian Quanjian of China, before the deal was transformed into a full contract last summer, and her burst of goals this season has now been noted by Spain’s overall league body, La Liga.

Latest statistics from La Liga confirmed that ‘Super Zee’ is now joint-leading scorer in the femeni league, while Barca have recorded 56 points and remain unbeaten this season, with high hopes of making up for the disappointment they got in the last run, when they after they narrowly lost the championship to Atletico Madrid.