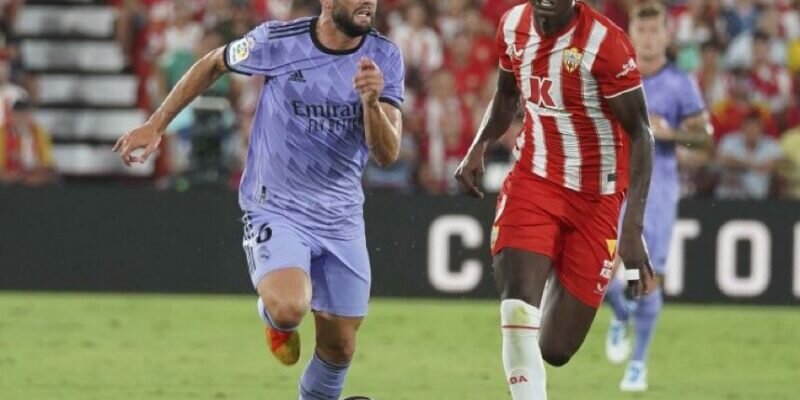 Umar Sadiq is reportedly set to finalise a stunning £30million move to Villarreal where he will link up with compatriot Samuel Chukwueze.

The 6ft 4in striker joined Almeria in October 2020 and help the club to achieve promotion to the Spanish top-flight last season.

The Nigerian striker has netted 38 times for the Spanish club and made his La Liga debut against Real Madrid on Sunday, where he was Almeria’s best player on the night.

Now, the 25-year-old is ready to move to Villarreal in a huge £30m deal. Megasportsarena.com reports that a transfer is likely to be given the green-light in the coming days.

Borussia Dortmund and Getafe had been credited with an interest in the forward – but Villarreal are expected to win the race for Sadiq.