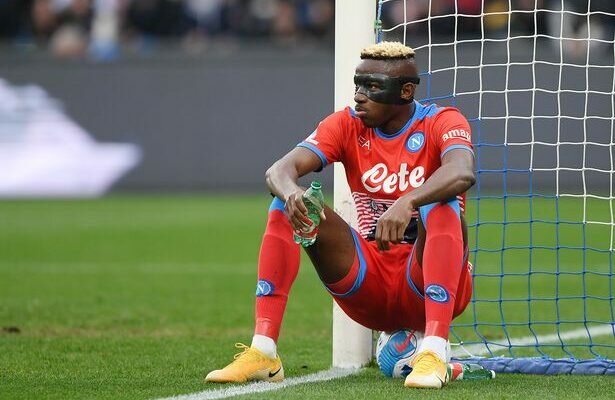 Victor Osimhen may not return to action as earlier anticipated and the October 4 resumption date doesn’t look feasible, Megasportsarena.com reports.

Feelers from Naples indicate that the club isn’t under pressure to rush Osimhen back to action.

He is likely to miss Napoli’s games against AC Milan and Torino.

October 9 is now the probable date for his return, and it would be for the Serie A match against Cremonese and the round-trip matches with Ajax in the Champions League.

Osimhen was injured in Napoli’s 4-1 win against Liverpool in their UEFA Champions League Group A opening game September 7 and was substituted in the first half.

Injured Ekong Back To England