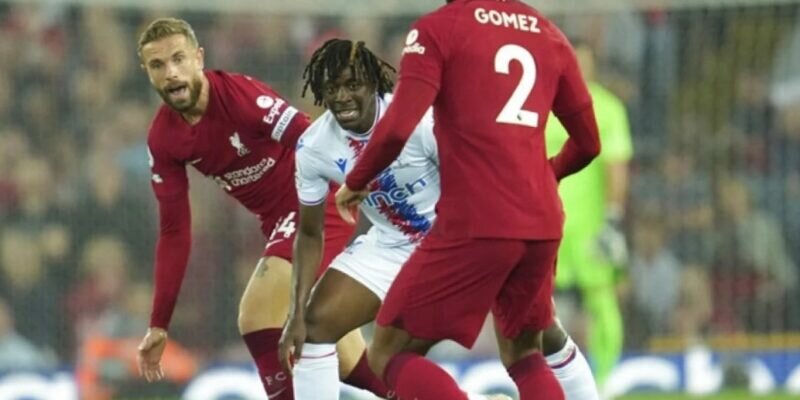 Eberechi Eze was the star attraction at Anfield on Monday night when Crystal Palace visited Liverpool in a Premier League match.

The youngster, who started the match on the left side of the attack behind Wilfred Zaha, was pure class all through his 79 minutes on the pitch and was rated 9/10, Megasportsarena.com reports.

Palace haven’t had a kick but a special counter attack did the damage! A goal with their first shot.

Eze and Wilfried Zaha combined to score a beautiful counter-attacking goal. It was made by a sensational turn of pace by Eze to breeze past Fabinho.

That opened up the space and Eze threaded a wonderful pass in behind Phillips for Zaha to chase. There was plenty to do when the Ivorian got there but he curled a fantastic finish into the far corner to silence the Kop.

It was not an easy evening for the Crystal Palace forwards to make the difference, so starved of the ball were they at Anfield. But Eberechi Eze managed to make those moments when he did receive the ball count in a really impressive performance.

Eze freed himself from opposing defenders and played a perfectly-timed pass in behind the defence for Zaha to score. It was his best moment but there were others. That drop of the shoulder is a delight.

The longer the game went on, the better Eze, who was returning from a long term injury looked. Perhaps the same will prove true of his career because it feels like this is a big season for the player after an injury-hit season last time around.

At 24, he looks ready to be the decisive figure for Palace.

Umar Sadiq Poised For A Sensational £30m Move To Villarreal