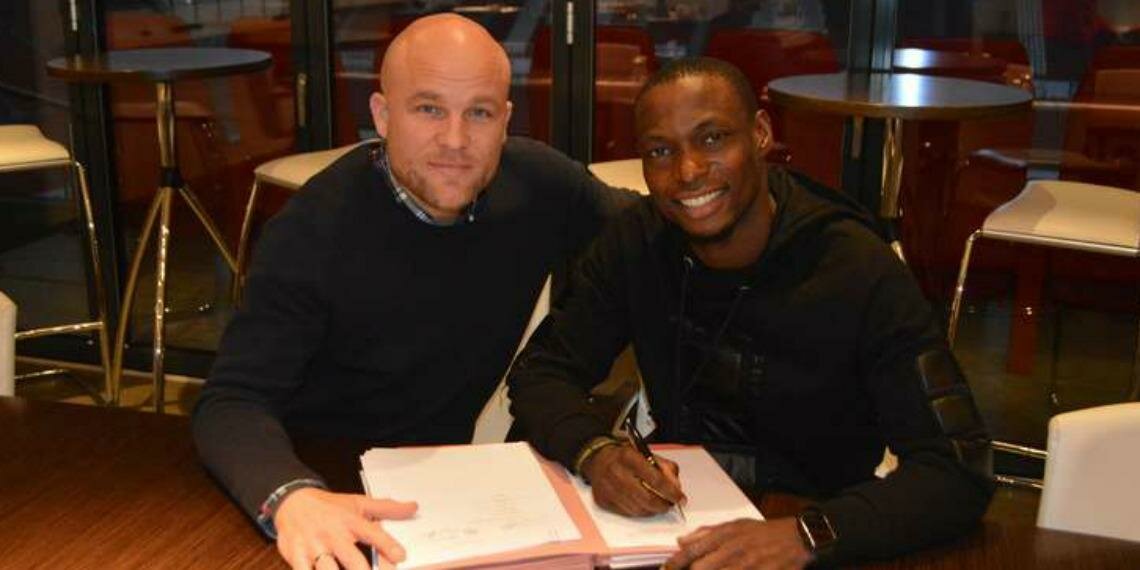 New summer signing at Union Berlin of Germany, Anthony Ujah has admitted the he is expecting a fresh challenge to his career with the German Bundesliga returnees, megasportsarena.com reports.

The former Super Eagles’ striker, who completed a deal with the Berlin-based side early last week, said he is ready to face stiff completion for a starting berth, but added that he is aiming for success with the team.

Having sealed a three-year deal with Union Berlin in the twilight of his career, the 28-year-old said he still has what it takes to do even better than he had at his immediate past club in the same country, SV Mainz, where he scored six goals in 52 appearances across two spells.

Union Berlin is Ujah’s fourth German club, after earlier stints at Werder Bremen and FC Cologne, but the barging attacker, who has also played in Norway and China, with six international caps has six Nigeria caps, says the best is yet to be seen from him.

Ujah, who began his career at Warri Wolves before moving to Europe in 2010, said: “I’m looking forward to an exciting challenge and want to give my experience and my performances to help deliver a successful season.”