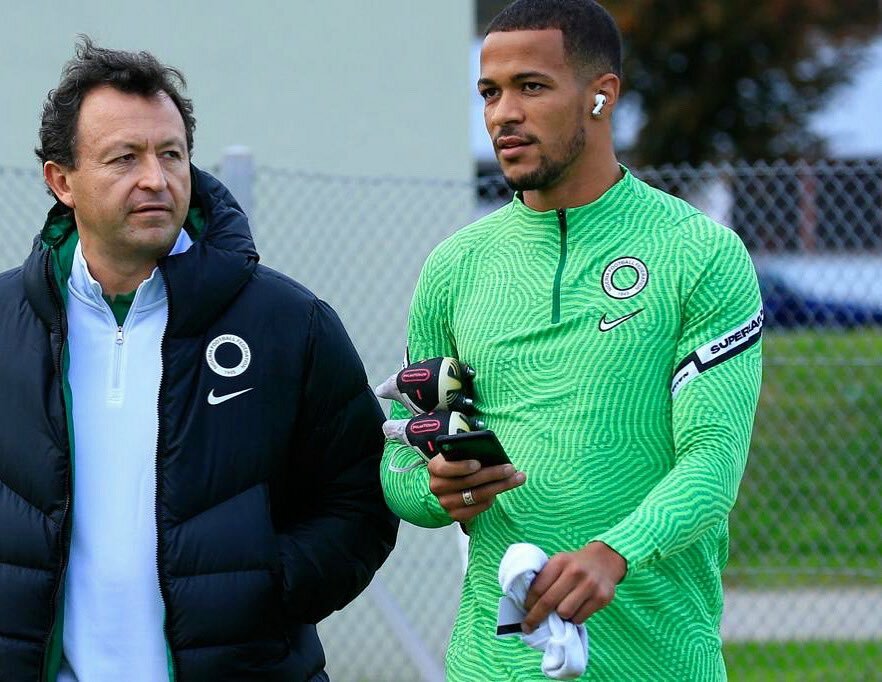 William Troost-Ekong has enumerated the gains that would accrue from the team’s international friendly games against Algeria on Saturday and next Tuesday.

Both countries failed to qualify for the FIFA World Cup and are using the matches as tune up for the Africa Cup Of Nations qualifying games next year.

“It has been great, we are very happy to see all the boys back together and the staff,” the Watford defender said on NFF TV.

“We have a good game coming up against Algeria so I think the spirit has been very high, training has been good.

“We are just working hard to improve our team cohesion and to be ready for the game.”

Ekong also talks about the unbreakable bond in team despite their inability to make it to the World Cup, and the expectations from the newly invited players.

“The strength of our group has always been togetherness. We have experienced a lot in the last year.

“For the new guys they are welcome and they will have to do the initiation and singing still but the most important is that they are comfortable with us and they can show themselves on the pitch and here to contribute and to help the team as much as they can.”

The Eagles will face the home based Algerian side in trading game on Saturday before next Tuesday’s clash with the team consisting of first team players and Ekong hopes they can win both matches.

“We are here now to try and win all the games. We want to improve in all areas, we are playing against Algeria, one of the top teams in Africa.

“We have to show them respect but at the same time even though it’s a friendly game we will try to win the game and prepare ourselves for the qualifiers that will be coming up next.

“It’s a great opportunity even for the new players to show themselves and for all of us to blend together and understand what the coach expects from us.”

The Algeria versus Nigeria game on Tuesday is scheduled for 8pm Nigerian time.

Iwobi Nominated For Premier League Player Of The Month Award