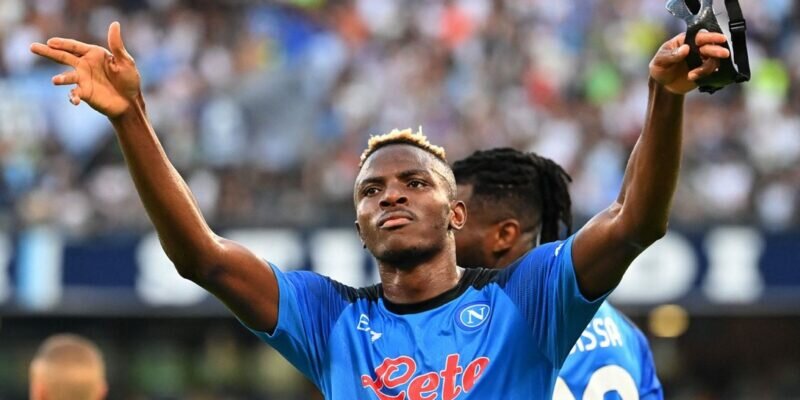 Tottenham have targeted Napoli striker Victor Osimhen as a possible replacement for Harry Kane, in the event of his farewell, Megasportsarena.com understands.

It is reported that the English striker is closely being tracked by Bayern Munich which would do everything to bring him to the Bundesliga next season.

In the event of Kane’s departure, the Bavarians could trigger a chain reaction, with Tottenham ready to sink the blow for Osimhen, with a possible initial offer of €80/85m.

Bayern Munich – as confirmed in recent weeks – have made no secret of their interest in Kane, the real target of the transfer market for next year’s attack.

However, Antonio Conte has already made things clear: if Kane were to leave Tottenham, the former Inter and Chelsea manager would want Osimhen.

Conte appreciates the skills of the Nigerian striker so much that he would see him as the first alternative if Kane should go away.

At the same time, Tottenham have not yet opened talks with the English striker, whose contract will expire in 2024. A situation therefore to be monitored, possible developments already after the World Cup, in the first part of 2023.