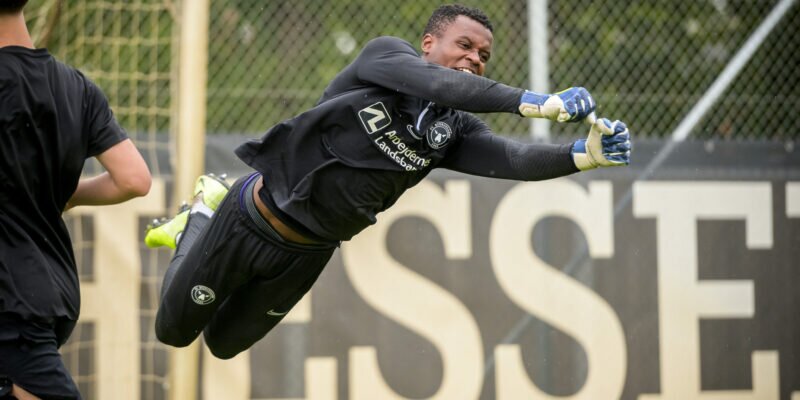 Nigeria’s FC Midtjylland goalkeeper 18 year old Mark Ugboh dreams to play in the English Premier League in the future and will do everything to achieve his ambition.

The young shot-stopper hopes to follow in the footsteps of former FC Midtjylland academy graduate Frank Onyeka who now plays for Brentford.

“My dream is to play in the Premier League. People see it as the most competitive league in the world and I will fight everything I can to end up there one day.”

Ugboh recently extended his contract with FC Midtjylland and at the same time was promoted permanently to the first team squad.

FCM has proud traditions when it comes to Nigerian players in the club’s first team. Through the collaboration with FC Ebedei, players like Sylvester Igboun, Paul Onuachu, Frank Onyeka and Raphael Onyedika have seen the light of day at Heden.

However, none of these Nigerian players were goalkeepers– and when Mark Ugboh was brought to the club in January 2022, he became the first African goalkeeper in FCM’s history.