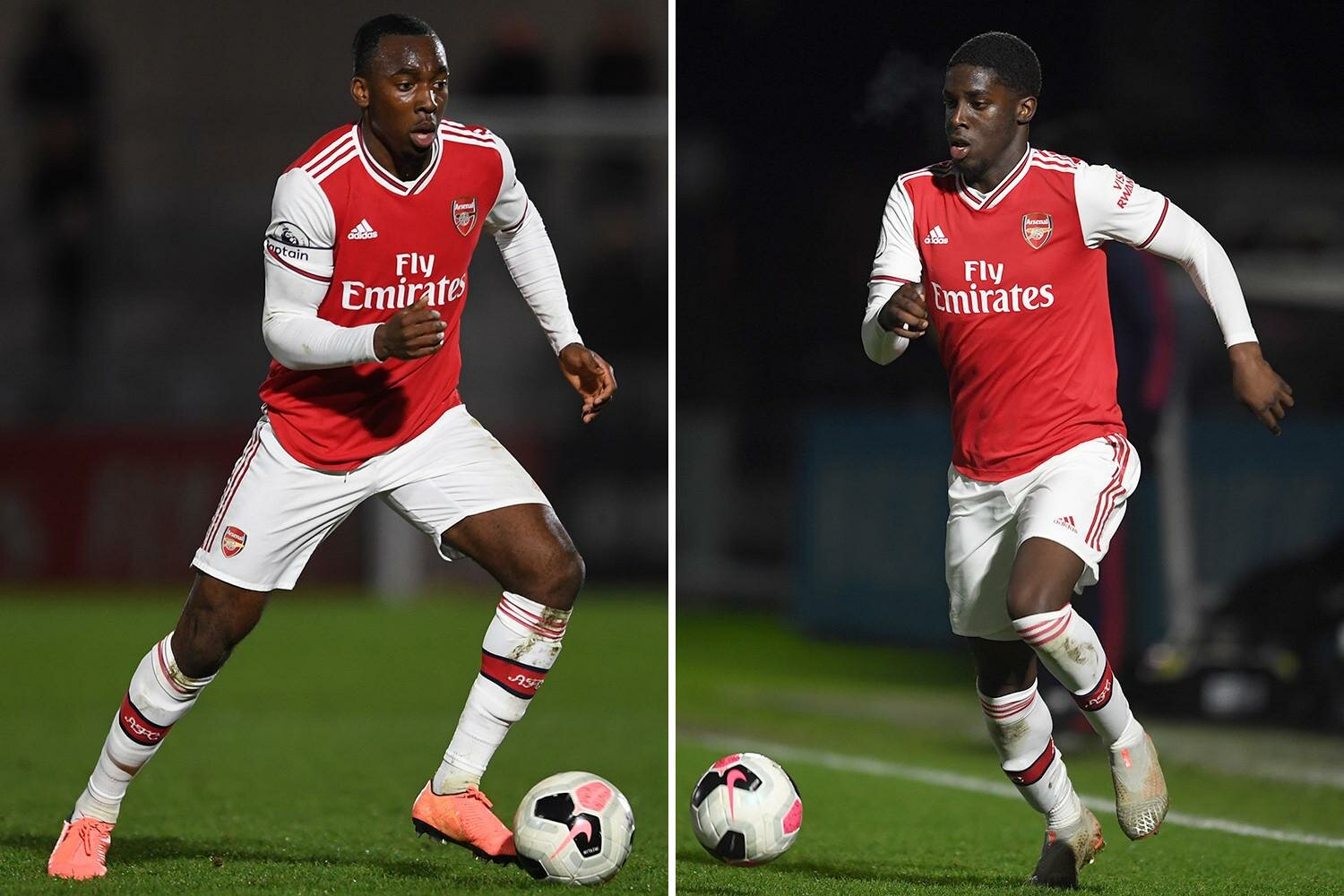 Arsenal youngsters, Tolaji Bola and Tobi Omole have been named alongside ten other Nigerian-born players in The Gunners’ updated squad list published on the official website of the English Premier League, megasportsarena.com gathered.

A 13th Nigerian-born player, James Olayinka is not available for selection after he was farmed out on loan to League Two club Northampton Town for the remainder of this campaign.

Following the conclusion of the January transfer window, Premier League clubs are required to submit an updated squad for the remainder of the 2019-2020 season, for which Arsenal have gone ahead to enlist the full array of the Nigerian-born [players in their youth teams and Saka.

Apart from the 25-man squads, clubs are permitted to submit an additional list of their registered U21 players who are eligible over and above the squad limit of 25 players and this explains why Arsenal have as many as 12 Nigeria-eligible players on their roster.

Meanwhile, The Gunners will be returning to England on Tuesday, with Saka hoping to be part of their preparations for forthcoming clashes with Newcastle United in the English Premier League and Olympiakos of Greece in the Europa League.

Saka has recovered from injury as he was pictured undergoing full training with the first team players on Friday, few hours after copping a knock in his knee and hip against Burnley, which saw him forced off at half-time.

However, it appears his injury is not as bad as initially feared, which would be good news to Arsenal boss, Mikel Arteta, since his first-choice left-back Kieran Tierney is not expected to be back in action until next month.

The 18-year-old Saka, who received plaudits for his performance against Bournemouth, when he netted a goal and provided an assist, has filled in for Tierney and Sead Kolašinac in recent weeks, with the winger playing up to nine matches in all competitions as a makeshift fullback.