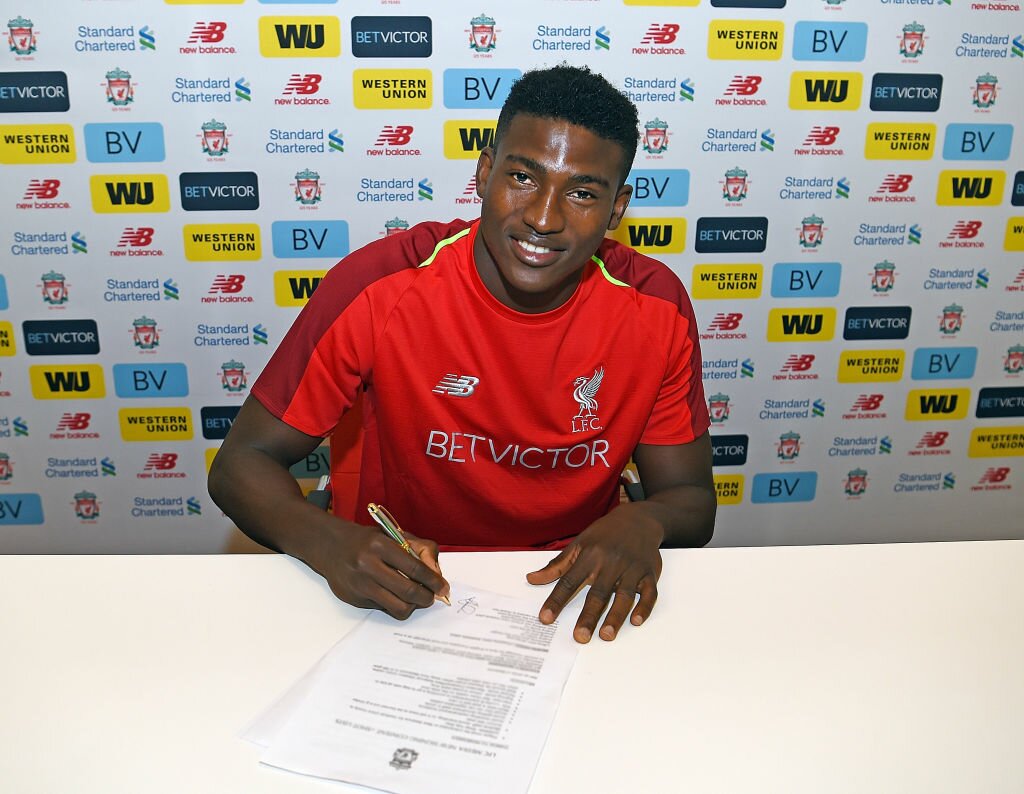 SV Mainz of Germany striker, Taiwo Awoniyi could be on the move once again, as reports have emerged that the lad on loan from Liverpool of England has a £9m transfer offer coming his way from Glasgow Celtic of Scotland, megasportsarena.com reports.

It might turn out to be the long-awaited full transfer that could take Awoniyi from the grip of Liverpool, with which he has failed to spend a single month talk less play any match, since signing for the Anfield side in 2014; after helping Nigeria win the 2013 FIFA U-17 World Cup in United Arab Emirates (UAE).

He has been loaned to SV Frankfurt of Germany, NEC Nijmegen of Holland, Royal Mouscron and KAA Gent of Belgium as well as his current base at Mainz in Germany, but Celtic are now said to be highly interested in signing him from Liverpool this summer.

The 23-year-old former youth international has not been able to settle down and play a single match for Liverpool due to work-permit issues and Daily Star reports that The Reds are ready to let him go for a fee in the range of £9m.

The report adds that Celtic aim to buy Awoniyi as a credible replacement for want-away French under-21 international, Odsonne Edouard, whose immediate future at Parkhead is said to be up in the air.

While Edouard appears destined for the English Premier League, with Arsenal, Leicester City, Aston Villa and Crystal Palace mentioned as possible destinations should he quit The Hoops in the coming days, Awoniyi has been touted as an alternative for the lad who scored 28 goals last term.

The report adds: “Edouard’s departure has become more likely after Celtic were dumped out of the Champions League after The Bhoys lost 2-1 to Ferencváros of Hungary on Tuesday. In his place, it has been suggested that Awoniyi would be allowed to depart Liverpool permanently for a fee of nine million pounds.

“Awoniyi has no future with Liverpool because he has yet to overcome the work permit obstacle ever since he joined the club five years ago, leading to loan spells at five different European teams. The 23-year-old spent last season on loan at Bundesliga outfit Mainz and was previously farmed out on loan to FSV Frankfurt, NEC, KAA Gent and Royal Excel Mouscron.”