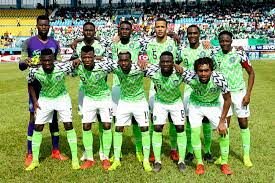 The Super Eagles may end up being inactive until 2021, following a declaration by world soccer governing body, FIFA, that all international matches in Africa and some other continents must be put on hold, which has also left in doubt the possibility of the continent’s soccer showpiece also holding early next year, megasportsarena.com reports.

The 2021 Africa Cup of Nations had initially been billed for the summer, until Confederation of African Football (CAF) brought it forward back to January, due to expected heavy rain in the host country, Cameroon during the earlier fixed period.

However, FIFA ‘s cancellation of all qualifiers this year has now cast a strong cloud of doubt over CAF’s plans for AFCON 2021, ahead of which Nigeria’s Super Eagles were scheduled to host The Crocodiles of Lesotho on September 8.

That, though, will no longer be the case, as FIFA have postponed international matches in Africa, Asia, Oceania and North America, thereby lending credence to speculation that the Eagles may not play any match at all throughout this year, after their double qualifiers against Sierra Leone in March had both been shifted as well as their away clash with Benin Republic fixed for June.

Strong indication has now emerged that the next AFCON in Cameroon may have to hold a year later, due to several delays caused by the ongoing coronavirus pandemic, which has caused immense disruptions to the schedule heading into the 2021 AFCON, billed to hold from January 9 to February 6, but may eventually be moved till 2022.

While speculation lingers over the faith of Cameroon 2021, the executive committee of CAF will meet on Tuesday to decide new dates for the continent’s showpiece event, for which only two rounds of qualifiers have been played, while those for the 2022 World Cup had initially been slated for October and November.

There may also been disruptions for the Qatar 2022 World Cup qualifiers, which CAF actually rearranged from March to October to make way for the AFCON series, but a top official of the continental body has now told international new agency, Reuters: “The Nations Cup could be postponed by 12 months.”