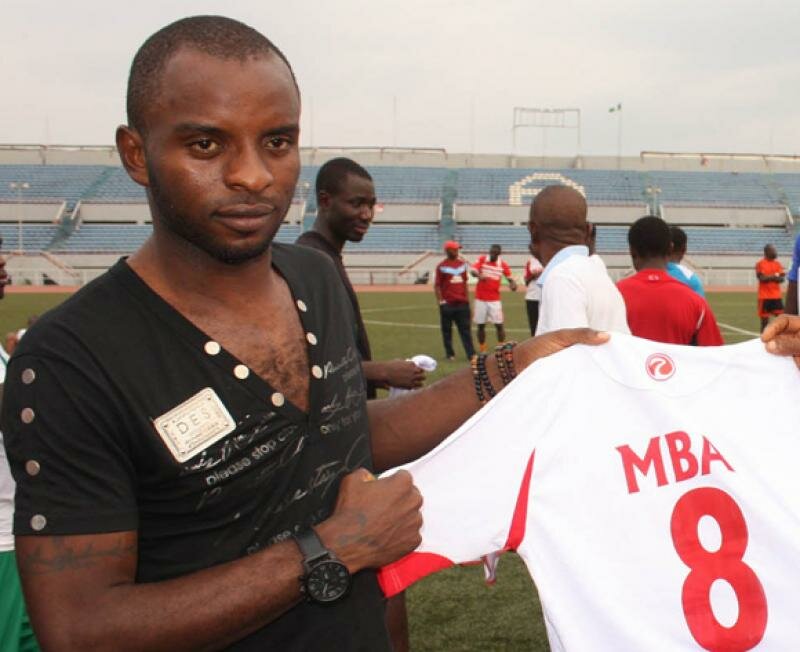 Former Super Eagles’ whiz-kid, Sunday Mba has come out with a down-to-earth confession that he is desperate to get back into playing active football, following two years’ absence due to a combination of fitness issues and loss of form, megasportsarena.com reports.

While many critics might believe it is all over for the former Rangers International of Enugu and Warri Wolves of Delta State forward, who helped Nigeria win the 2013 Africa Cu[p of Nations in South Africa, Mba says he is working very hard in order to get a club and start playing once again.

Though he admits it has been an uphill task getting a new club deal, considering he has been a free agent since 2017, Mba says he is not giving up, but staying focused and stressed that he remains deeply determined to revive his career.‬

‪The 30-year-old midfielder-cum-attacker, who scored the Eagles’ winning goal in the AFCON 2013 final against Burkina Faso, is on the comeback trail, after being released by Yeni Malatyaspor of Turkey in September 2017 and, though he has not played competitively since his last appearance against Sivasspor in May of that same year, Mba believes he still has plenty to offer the game.‬

‪The dark-skinned player, who moved to CA Bastia of France in January 2014, joined Malatyaspor in July 2015, then went on to score eight goals in 55 appearances, admitted he has been out for quite a long period of time, but reasoned that his love for the round leather game will help him make the best of any new opportunity that comes his way.

Mba told BBC Sport: “As a free agent things are not really that easy, but you can only be hopeful.‬ First you’d need the luck to find someone that believes in you and ready to give you a chance. My desire is to get back into club football and I am working hard to start playing again.

“Football is everything I have and I cannot just give up. I believe there’s something out there for me. I’ve continued to stay in shape, train daily and be physically ready for any opportunity.‬ I still have something to give and will continue to stay mentally and physically ready.”‬