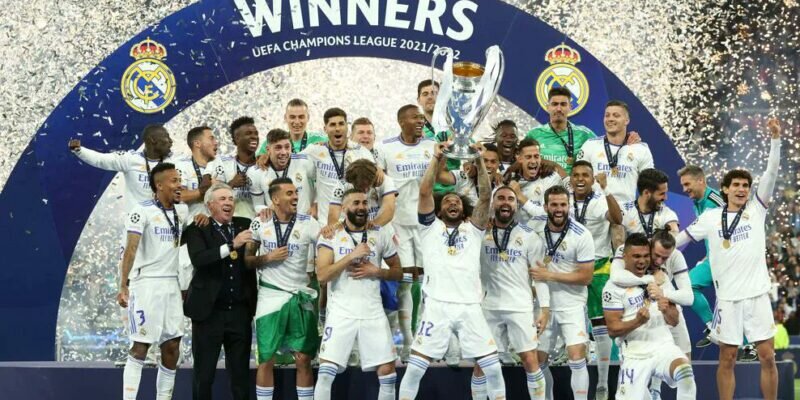 Real Madrid beat the Top 3 finishers in this season’s English Premier League: Man City, Liverpool and Chelsea. They also dismissed the Ligue une and Serie A champions to win the Champions League trophy.

So often victorious having had their backs against the wall in this season’s competition, Madrid were once again the less assertive team for long stretches of this game. As ever, though, they found a way.

Thibaut Courtois warrants enormous credit, having pulled off a string of fine saves to keep Liverpool at bay. Mohamed Salah was denied on multiple occasions, though it was Sadio Mané who went closest in the first half – this time Courtois had a post to thank for completing the job.

Karim Benzema did have the ball in the net before half-time only for VAR to intervene. The Merengues’ celebrations were given full voice just before the hour, however, Federico Valverde’s cross-shot picking out Vinícius in space at the back post. Madrid’s No20 could not miss. 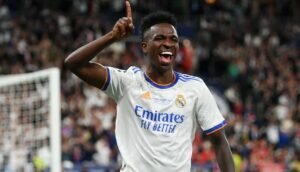 Courtois was at it again with seven minutes left, Salah again the man denied by his lightning-fast reactions. Madrid threatened to add a second on the break thereafter, but not for the first time, they had done just enough.

Thibaut Courtois has been named Player of the Match for the 2022 UEFA Champions League final. 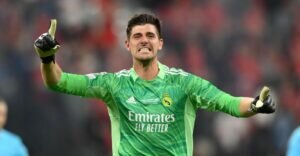 Courtois made a number of stunning saves to deny Liverpool in Paris, most notably turning a Sadio Mané shot on to a post in the opening period and instinctively parrying Mohamed Salah’s fierce shot in the second half.

Karim Benzema finished as top scorer in the UEFA Champions League for the 2021/22 season with 15 goals. Robert Lewandoski was second to the Frenchman with 13 goals.

Benzema moved into pole position with a double in the first leg of Real Madrid’s semi-final tie at Manchester City, his Panenka penalty moving him to 14 goals for the campaign. The Frenchman pulled two clear of Bayern forward Lewandowski in the second leg with another spot kick.