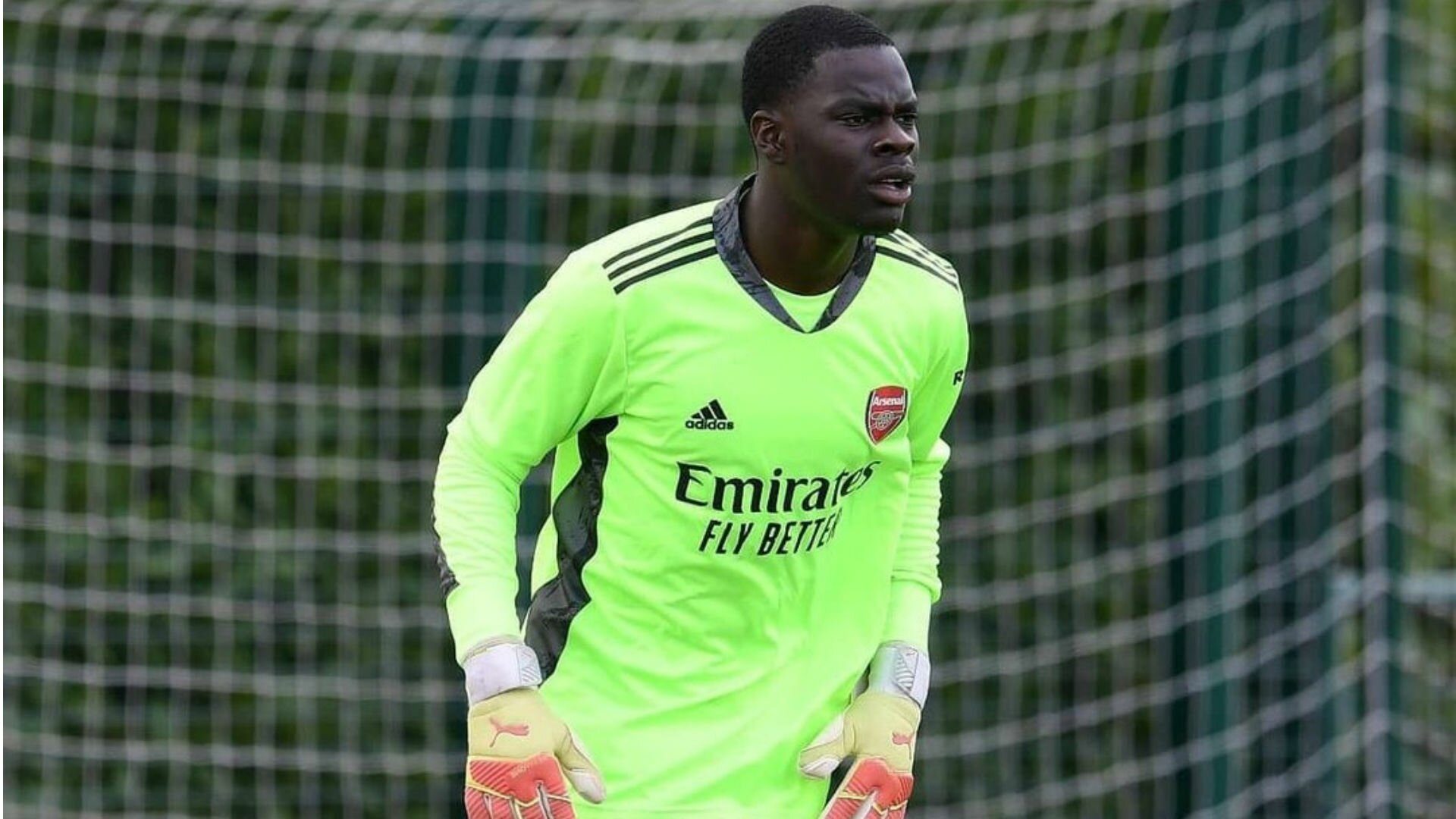 Arsenal of England emergent goalkeeper, Ovie Ejeheri has described as a ‘very special day’ the moment he signed his first professional contract with the London-based English Premier League side, megasportsarena.com reports.

Speaking in the wake of reports that Arsenal had agreed to grant him his first full fledged deal, the 18-year-old keeper, who has been with the club since he was eight years old, said he was totally thrilled and delighted with the development.

Arsenal confirmed on their official website that the towering goalkeeper is now a professional player after signing on the dotted line, much to the delight of the youngster, who has played for the club’s various age-group teams.

Ejeheri, who was in the matchday squad for The Gunner’s under-23 team on three occasions last term, told Arsenal.com: “I’m really excited to keep this journey going. It’s a very, very special day for me.

“My mum and my dad, they’ve helped me from my whole career, taking me to training, even when it was very, very hard for them, so it’s a good moment for me and them.”