Omeruo, Awaziem, Chukwueze To Resume Training This Week In Spain 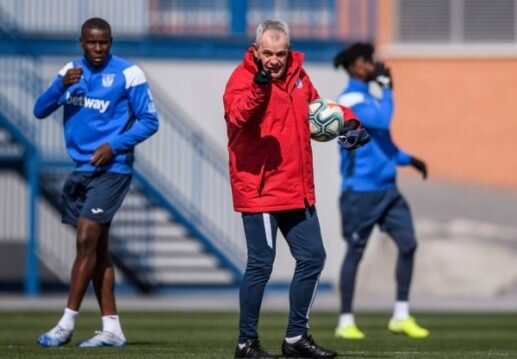 CD Leganes of Spain defenders, Kenneth Omeruo and Chidozie Awaziem, as well as Samuel Chukwueze, a winger with their Spanish LaLiga rivals, Villarreal, are confirmed to return to full team training with their clubs this week, as the government has finally approved the resumption of sports action across the land, megasportsarena.com reports.

Omeruo, Awaziem, Chulkwueze and other players in LaLIga had been hanging unto hope that they would all get the green light to resume training ahead of a possible restart of the season this month, and that now appears very plausible, following the nod for all teams to reopen all activities at their various grounds, except an influx of fans in the stands.

A report by fcnaija.com stated at length: The Spanish football governing body has announced that the La Liga teams and the Segunda teams to resume training this week. LaLiga clubs are returning to training this week following the Spanish Ministry of Health’s approval for the return of sports training sessions.

In accordance with the Return to Training Protocol that LaLiga has drawn up with medical experts, professional players from LaLiga Santander and LaLiga SmartBank – the first and second divisions of professional football in Spain – will start training alone following medical tests carried out by club staff.

This return to training has been planned by LaLiga with measures that have been agreed with the relevant sports and health authorities in order to guarantee as much safety as possible for the health of all those involved.

These measures cover a period of approximately four weeks with different phases that, in any case, will be subject to the de-escalation process established by the government. Together with the medical tests carried out by clubs, a staggering return to training has been implemented that will start with players training alone and end with group activities prior to the return to competition, scheduled for June.

Professional footballers returning to work will go hand in hand with the recovery of a very significant economic sector that accounts for 1.37% of Spain’s GDP and creates 185,000 jobs. This is at a time when the country’s economic situation is now the main concern, precipitated by the health crisis.

“This crisis has had a profound impact on all of us. The return of football is a sign that society is progressing towards the new normal. It will also bring back an element of life that people in Spain and around the world know and love,” said Javier Tebas, the president of LaLiga.

“People’s health is paramount, so we have a comprehensive protocol to safeguard the health of everyone involved as we work to restart LaLiga. Circumstances are unprecedented, but we hope to start playing again in June and finish our 19/20 season this summer.”