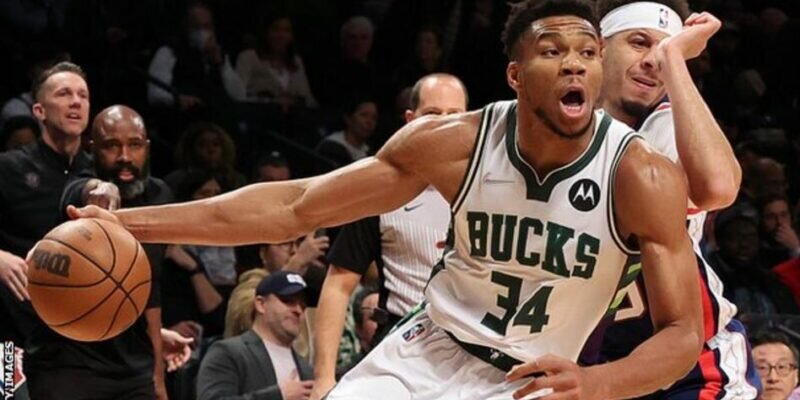 Giannis Adetokunbo (Antetokounmpo) smashed a Milwaukee Bucks point record set by Hall of Famer Kareem Abdul-Jabbar as his side made it past the Brooklyn Nets on Thursday, Megasportsarena.com reports.

Giannis posted 44 points to steer the Bucks to a 120-119 victory, which saw him become their highest NBA scorer in franchise history with a total of 14,216.

Abdul-Jabbar previously held the record with 14,211, and Antetokounmpo made Bucks history with a game-tying three-pointer before holding his nerve to post two free throws with three seconds remaining.

The 27-year-old played down his latest landmark after the game, though, telling reporters: “It doesn’t really matter. Because at the end of the day if you don’t have a successful season, if you don’t try and keep getting better and staying humble and staying happy, play all the way until May, June, nobody’s going to remember this.

“Playing basketball is like creating art so — the more I can prolong my career. So I just got to keep staying humbled, keep trying to make my teammates great, win games, and good things like tonight will happen.

“It’s good because I’m changing the narrative. I don’t want to be the guy only that dunks and runs. I can make a 3.”

The Bucks remain behind the Miami Heat in second in the Eastern Conference after claiming a 12th win from 15 games versus the Nets.

Leon Balogun So Sorry For Letting Nigerians Down