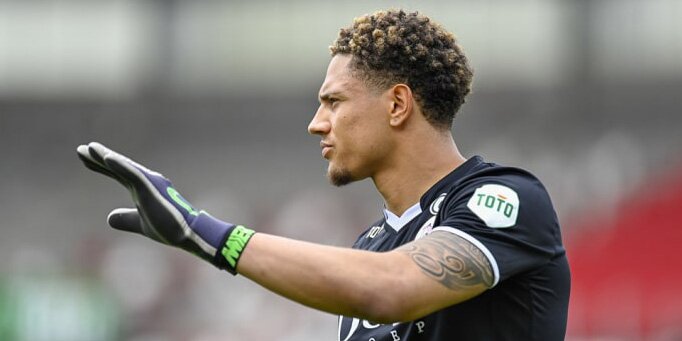 Sparta Rotterdam of Netherlands goalkeeper, Emil Maduka Okoye has confessed that he and his colleagues in the Super Eagles are wary of the tough conditions they are bound to face during Tuesday’s World Cup qualifier away to Cape Verde.

Apart from fears over what he called ‘unexpected conditions’ the team may face on the island nation, in the Atlantic Ocean, Okoye is also wary of the fact that the Nigerian squad will be without several key players for the game.

Of the 11 players Eagles’ coach, Gernot Rohr started against Liberia, six will not be available for Tuesday’s second match of the qualifiers for Qatar 2022, as anti-COVID-19 rules imposed by the UK government means they have to avoid going to Cape Verde, much to the worry of Okoye.

With all seven ruled out of the trip to Cape Verde, Okoye admitted that the Eagles will struggle for rhythm against The Blue Sharks, who are currently joint second in the Group C standings, after the opening round of matches.

Okoye, who was in the fourth-tier of German football with Fortuna Dusseldorf before moving to Rotterdam last season, is also apprehensive of difficult conditions the Eagles might face for the game at Estádio Municipal Adérito Sena, especially because of its synthetic pitch.

However, while acknowledging that he was delighted to keep a clean sheet and help the Eagles start their campaign to Qatar 2022 with a 2-0 win against Liberia on Friday, Okoye enthused that the squad will manage without the absent stars and consolidate on their winning momentum.

Okoye beamed: “(We had a) proper way to start the qualifiers and of course in front of own people. I am very happy the team performed very, very well under difficult conditions.

“When you don’t concede a goal you already have one point so it’s always good to have the zero. I think it’s going to be a very good game against a very good opponent.

“It’s going to be an away game. We don’t know yet what to expect with the pitch and the conditions but we still have a few days to prepare very well.

“I’m very sure we’ll do that as a team together. I’m sure every player can do the same thing and I can’t wait to be back on the pitch again.”