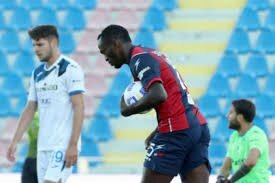 It was a case of the old, young and teenaged on Saturday, as Simeon Tochukwu Nwankwo (Simy) continued his amazing burst of goals for Crotone of Italy, Miguel Azeez scored in England’s youth sector and Isaac Success stormed back in the English Premier League.

Megasportsarena.com reports that, in Italy, ‘Simy’ repeated his feat as Nigeria’s top scorer in a single-season of the Italian Serie A, but his could not prevent Crotone from losing 3-2 to Bologna at Stadio Ezio Scida.

Making his 21st start of the season, Simy doubled the advantage when he converted a spot kick in the 40th minute, but his team crumbled in the second half and conceded three goals from the Bologna trio of Soumaoro, Schouten and Olsen.

Last weekend, Simy became the Nigerian player with most goals in a single-season in the Italian Serie A, after bagging a brace against SS Lazio and he took his tally to 13 on Saturday, equaling a record for the most number scored by a Crotone player in the Serie A set by Diego Falcinelli in 2016/17.

Prior to Saturday’s fixture against Bologna, Simy had scored five goals from the spot in matches against Lazio, Torino, Sampdoria, Juventus and Sassuolo but, while the number 25 tall striker continues excelling and putting himself in the transfer window, Crotone are heading for relegation.

In England, Success made his first league start in over two years as Watford romped to a 3-0 victory over Birmingham City in a lower division English Championship clash at Vicarage Road on Saturday.

The former BJ Foundation of Benin City, Udinese of Italy and Granada of Spain all-action striker last started a league game for Watford in a 3-1 loss to Manchester City on March 9, 2019, which was 742 days before Saturday’s return.

Since then, a combination of injuries and loss of form have kept him out of the starting lineup., although he has been involved in Watford’s last four league matches, something which last happened in 2019.

The 2013 U17 FIFA World Cup winner, who was once Watford’s record signing, got into The Hornets’ starting 11 against Birmingham City because Troy Deeney and Ismaïla Sarr are out injured, but he failed to add to goals by Ken Sema, Nathaniel Chalobah and Andre Gray.

Success, who last got on the scoresheet in a 2-0 win versus Newcastle United in the FA Cup in January 2019, was shown a yellow card just before half-time and made way for Nigerian-born winger, Joseph Hungbo in the 57th minute.

In England’s kiddies’ sector, Azeez scored one of the goals that helped Arsenal silence Blackburn Rovers 4-1 at Ewood Park on Saturday afternoon and progress to the next round of the FA Youth Cup, as the lad with a Spanish mother and Nigerian father made the best of his inclusion.

The fast-rising midfielder was drafted into The Gunners’ under-18 team, where he was joined in the line-up by goalkeeper Ovie Ejeheri and defender Mazeed Ogungbo,m in a game that saw Arsenal establish a two-goal lead by the 33rd minute after goals from Edwards and Taylor-Hart.

Azeez, who later got a yellow card, put the game to bed two minutes before halftime, when he picked out the top right corner from outside the box, following which Arsenal’s summer signing from Ajax Amsterdam of Holland, Joel Ideho was introduced in the 80th minute. 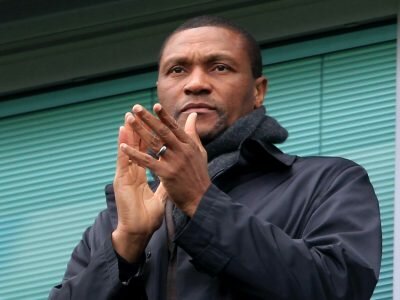 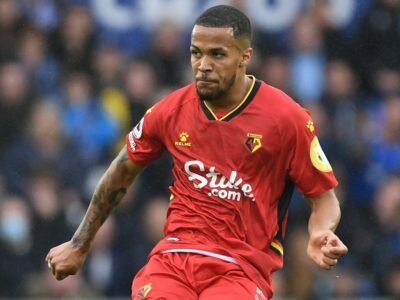