Leon Balogun Braces For His Scottish Premiership Debut This Saturday 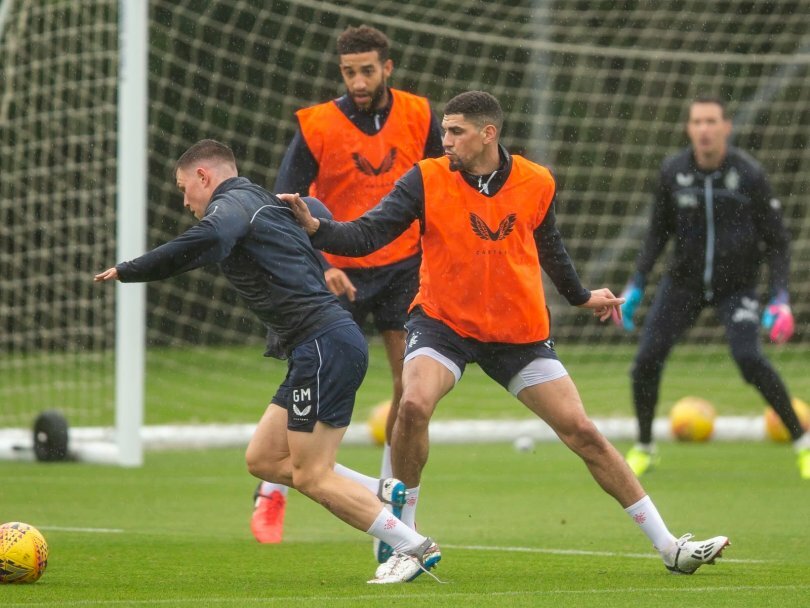 Glasgow Rangers of Scotland new signing, Leon Aderemi Balogun is bracing for this weekend’s beginning of action in the Scottish Premiership, in which he will get his debut with The Gers away to Aberdeen on Saturday, and admits he wants to get started in the best way possible, megasportsarena.com reports.

The former Brighton and Wigan Athletic of England defender declared after he commenced full training with his new teammates that he wants to enact the best marks possible with Rangers, starting with this weekend’s encounter, even as Steven Gerrard’s squad want to finally edge out Glasgow rivals, Celtic in clinching the SPL title, after several years of trying.

The 32-year-old Germany-born stopper, who played for Werder Bremen, Fortuna Dusseldorf and SV Mainz in the country of his birth before moving to England, added that he is determined to make the best of the year’s contract and option of an extension he signed as a free agent with The Gers, after leaving Wigan, following their relegation from the English Championship.

Wigan signed him on a short-term contract when his loan deal from Brighton ended at the restart of action after the coronavirus break, but he became a free agent at the end the season, only to surprisingly get the deal at Ibrox within the next 72 hours and he moved swiftly into the thick of training with his new teammates at Rangers Centre.

He will now aim to do better than he did in the past season, when he featured in 11 second-tier league games for The Latics; but his efforts were not enough to save Paul Cook and his squad from relegation, as their woes were compounded when they were handed a 12-point deduction due to financial woes that sent them into administration.

The injury-prone Super Eagles’ star will now aim to prove that all his owes are in the past, as he tries to settle down quickly at Ibrox Stadium and make the best of his new environment from the word go, starting this Saturday away to Aberdeen in their first game of the season.

“On a personal note, my best friend, my oldest friend, was a huge Jorg Albertz supporter. That’s how I first got in touch with Rangers because of my best friend and the Hammer, so it is a proud moment for both of us – we never really saw it coming but it’s immense.

“Obviously, to have this kind of crowd behind you in every game at home is amazing. I’ve been lucky enough to experience it, or something similar before in my career at some stage. I think it is an advantage for me not to be coming off 14 days or a 21-day break so I can come straight to fit into it, work with the team and get to know the team.

“I just want to experience it as everyone has been telling me you have no idea just how big it is, and I am looking forward to getting started and getting in touch with them. Hopefully, we can have some success together.”