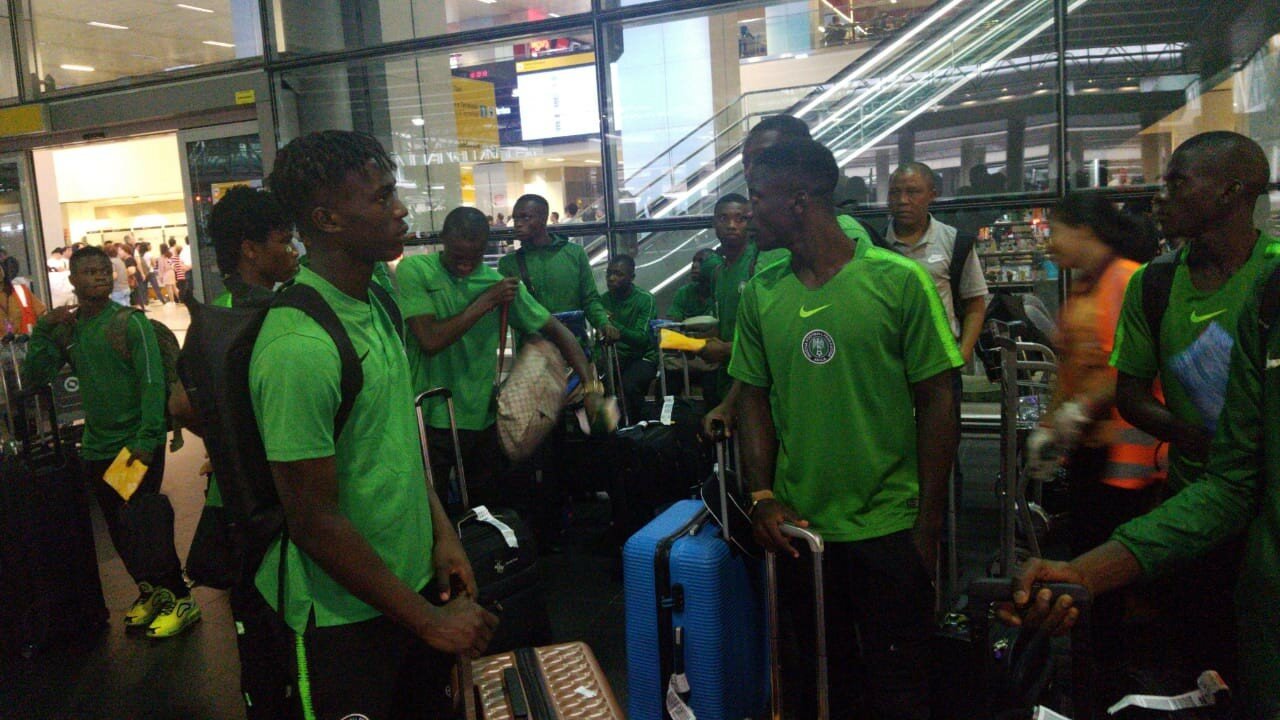 All 12 of the players dropped from the cadet national team, Golden Eaglets’ camp in Sao Paulo, Brazil are expected back home in Nigeria this Tuesday, following the submission of the team’s final list of 21 for the FIFA U-17 World Cup in The Samba Nation, megasportsarena.com reports.

The dropped players were not part of the squad that lost their final build-up match 1-0 against Japan on Sunday, with coach of the side, Manu Garba complaining that uncertainty over the fixture and logistics issues affected his lads in the game.

There had been doubt over the match going ahead as planned, due to worries expressed by Garba that travelling a long distance would affect his wards, as it did in their second build-up game against South Korea on Wednesday.

Although Garba’s side beat the Koreans 4-2, after romping back from 2-1 down at a point in the game, the Eaglets could not pull off a similar feat against Japan, as The Land of The Rising Sun took full advantage of playing against an obviously distracted side.

The game also came amidst controversies over Garba’s final squad list for Brazil 2019, as many of the chosen lads allegedly made the roster through political connections and pressure, in the aftermath of which the squad fell for the second time in their final preparations leading up to the Cadet Mundial, having earlier lost 2-1 to Sao Paulo FC’s under-17 team.

The five-time U-17 World Cup winners were undone when Wakatsuki Yamato scored the winner for Japan after 22 minutes in Sunday’s match at Sao Paulo’s ground in Coita, a result that caused a dent on the psyche of the Eaglets, who begin their Brazil 2019 campaign this Saturday against Hungary at Goiania Estadio Olimpico, after which they tango Ecuador and Australia in the group.

The Eaglets tried to claw their way back into the game with an equaliser, but Japan’s resolute play in the defence frustrated Nigeria’s attacking trio of Olakunle Olusegun, Wisdom Ubani and Ibrahim Jabeer in the game that also saw former Chelsea goalkeeper, Daniel Jinadu finally make his international debut for his fatherland.

The West Ham United keeper, who has caps for England at U15 and U16 levels, was an unused substitute against South Korea and Brazilian club Sao Paulo, but he was in action for ninety minutes of Sunday’s loss to Japan in their final friendly ahead of the 2019 FIFA U17 World Cup.

With all the three goalkeepers named to the 21-man roster, including Joseph Oluwabusola and Sunday Stephen, handed game time in the three friendly matches on Brazilian soil, manager Manu Garba is keeping his cards close to his chest as regards to the goalkeeper who will start against Hungary on Saturday, October 26.