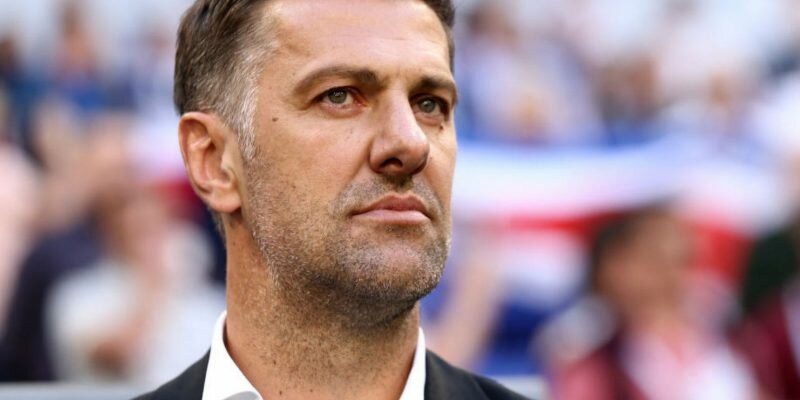 Gernot Rohr is surely in his last days as Super Eagles manager as the Nigeria Football Federation are busy putting finishing touches to the termination of his contract.

The German’s fate had been hanging on a cliffhanger for sometime and the final straw was last week’s unimpressive 1-1 draw with Cape Verde in the final group match of the Qatar 2022 FIFA World Cup qualifier between the Super Eagles and the Blue Sharks in Lagos.

The team’s below par performance sparked a wave of anger and discontent across the country, with many Nigerians wondering whether the German was the right man to lead the Super Eagles to her fourth continental title and a ticket to the Qatar World Cup next year.

As the NFF starts its search for the man to succeed Rohr intensifies, one name keeps ringing, Mladen Krstajić.

He is a Serbian who is famously known for his long rant after his team’s World Cup defeat to Switzerland at the last World Cup in Russia.

The coach reacted to his team’s loss to Switzerland by calling for the referee to be put on trial in a war crimes tribunal in The Hague.

Serbia would have qualified for the knockout rounds of a World Cup for the first time as an independent nation if they had won the match.

Despite opening the scoring through Aleksandar Mitrovic in the fifth minute, Serbia lost 2-1 after Xhaka and Shaqiri netted for Switzerland.

The Serbs were furious when German referee Felix Brych failed to award a penalty in the 66th minute after Mitrovic was wrestled to the ground in the penalty area by Swiss defenders Stephan Lichtsteiner and Fabian Schaer.

“We were robbed,” Mladen Krstajic told Serbian reporters on Saturday, when asked about Brych’s decision.

“I wouldn’t give him either a yellow or red card, I would send him to The Hague. Then they could put him on trial, like they did to us.”

Krstajić’s football knowledge and leadership, should not be questioned, attributes which were on display throughout his playing days in Germany and especially Serbia. But it is Krstajić’s down-to-earth approach and human touch, however, that could be more than enough to help put ready-made products and polished gems in their right place and to best use for the national team’s challenge.

Is  Mladen Krstajić the anointed one? Nigerians wait.

David Okereke Powers Venezia To Another Serie A Win