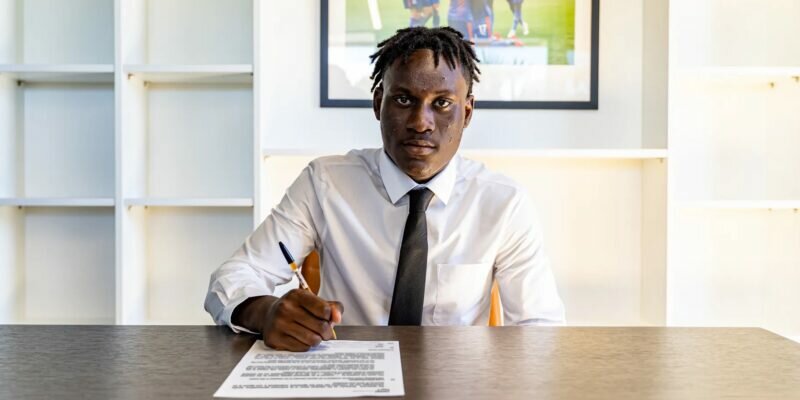 The 17-year-old Nigeria-born midfielder played a major part in Rob Quinn’s Under-18 side last season, making 28 appearances in all competitions and scoring twice. His performances in the 2021/22 campaign also saw him earn three appearances for Paddy McCarthy’s Under-23s and a place in the 2022/23 pre-season tour squad in Australia and Singapore.

Ozoh has progressed through the ranks at Palace, having joined the club at eight-years-old, and has played in a number of positions before settling into his more familiar role of central-midfield.

He joins the likes of Ryan Bartley, Maliq Cadogan and Joe Sheridan to have recently signed a professional deal with the club.

After putting pen to paper, Ozoh said: “It’s a dream come true to finally put pen to paper on this pro deal. I’ve been dreaming of this since I was a little kid and to have finally done it is a great thing. It’s onwards and upwards from here.”

Under-18s manager Rob Quinn added: “David is a talented midfielder with a determined attitude. He has been at the club for many years and has worked hard to secure his first professional contract.

“He is a fantastic and humble individual, who will use this achievement to push on in the season ahead and beyond.”