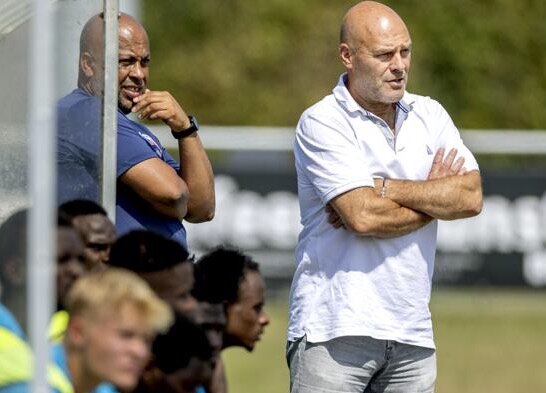 Super Eagles assistant coach Paul Aigbogun has been appointed new manager of Danish second division side Jammerbugt FC. Aigbogun took over from Nabil Trabelsis, who quit the club some weeks ago, Megasportsarena.com reports.

“It has long been a big open question who should be at the helm of Jammerbugt as the new head coach. That question now appears to have been answered,” a statement read.

“It will be English Paul Aigbogun who will be at the head of Jammerbugt. He comes to the club between Pandrup and Kaas with a good amount of experience in his backpack.

“Among other things, like his predecessor Nabil Trabelsi, he has also been involved in the Nigerian Football Association.”

Jammerbugt owner Klaus-Dieter Muller hopes Aigbogun will guide the team to the NordicBet League which is the second tier of Danish football.

“Among other things, he has been in charge of Nigeria’s U20 national team, and he has also had several other tasks in the association,” Muller told the same portal.

“We are getting an extremely experienced coach, and that gives me the faith that we can develop our young players so that we can also move up in the NordicBet League again.”

The former Nevada Wonders manager had in the past also managed Warri Wolves and two-time CAF Champions League winners Enyimba.