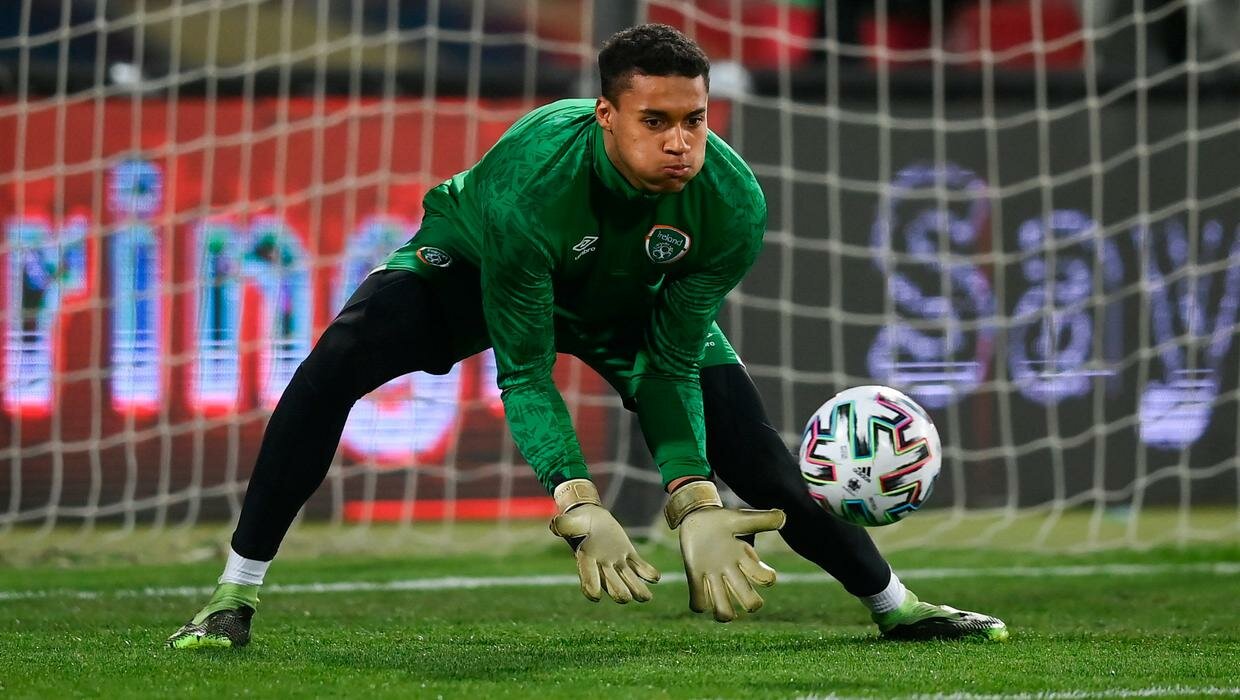 Everton could replace Jordan Pickford with Gavin Bazunu this summer, as the Toffees are reportedly looking into a deal for the Manchester City goalkeeper.

Megasportsarena.com scooped that Everton will listen to offers for England number one Pickford at the end of the season. While he has been one of their better performers during a wretched campaign, selling him would provide Frank Lampard with additional funds to improve other areas of the pitch.

Tottenham are keeping tabs on the situation. They could sign Pickford in the summer to make him Hugo Lloris’ successor in goal.

Newcastle also like the look of Pickford. However, it would be surprising if the 28-year-old went to St James’ Park due to his strong links with Sunderland.

Selling Pickford should help Everton bring in a decent sum of money. transfermarkt put his value at £22.5million, although it could be argued they would receive more than this for his signature.

The Toffees could go with a cheap option to replace him, too. The Irish Independent reveal their interest in City’s Bazunu.

The 20-year-old shot-stopper has been on City’s books since February 2019. He is yet to make his senior debut for Pep Guardiola’s side though.

Bazunu was on loan at Rochdale last season and has spent the current campaign with Portsmouth. He has made 46 appearances for the south coast outfit, keeping 17 clean sheets.

The report claims Everton scouts have been watching the goalie during his League One outings. They have clearly been impressed as the club is now considering making a move for him.

City are facing a major decision over Bazunu’s future. The Dublin-born keeper wants regular game time at a higher level next term after shining with Portsmouth.

As such, City will either have to let him go out on another loan spell this summer or sanction a permanent exit.