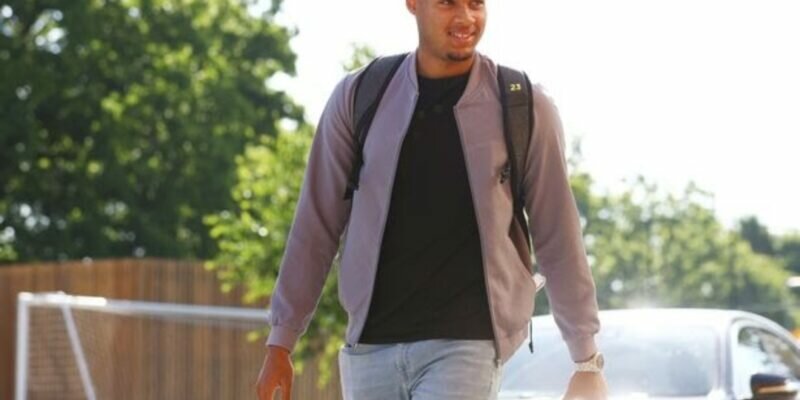 Gavin Bazunu has named Willy Caballero as one of his closest friends and mentors within the Southampton dressing room.

The 20-year-old goalkeeper arrived at St Mary’s this summer from Manchester City while Caballero signed a new one-year contract with the club.

“Willy’s been brilliant,” he said. He’s probably one of the players I’m closest to in the group. I sit next to him in the changing room and I think one of the big things is that we’ve both worked with the goalkeeper coach at Manchester City (Xabier Mancisidor) so we’ve both learned similar techniques and we both think about the goalkeeper position in a similar way so that really helps.”

The two former Manchester City players never crossed paths while playing at the Etihad but have struck up a close bond since meeting for the first time at Southampton this summer, with Bazunu arriving for a reported £12million as one of the first new signings made by the Saints during the window.

But he and Caballero – who is 20 years Bazunu’s senior – have become good friends since working together for the first time, as the Republic of Ireland international explained this week ahead of Southampton’s first Premier League match of the season away at Spurs.