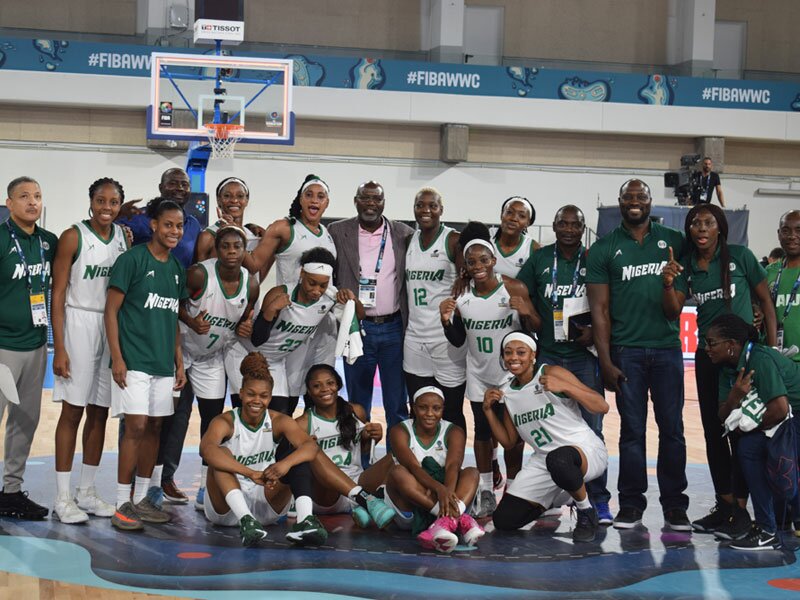 Nigeria’s female basketball national team, D’Tigress coach, Otis Hughley has promised that his side will not underrate any opponent at the 2019 African Women’s Basketball Championship in Dakar, Senegal, megasportsarena.com reports.

Following an opening blow-out victory against Tunisia and another huge cruise over their eastern neighbours, Cameroon on Tuesday, en route to a quarter-final ticket, Hughley assured that the defending champions will not get overconfident in their quest for an encore in Senegal.

The American basketball gaffer stressed during Radio Nigeria Network News monitored in Lagos that all other competing teams in the ongoing contest deserve respect, which he says his side will continue to do.

D’Tigress started their title defence with a blow out win over Tunisia on Saturday at the new Dakar Arena in Senegal, with Evelyn Akhator on top for Nigeria in a 75-26 win, after which they mauled Cameroon 106-39 in their second Group B game to advance to the quarter-finals in style.

Cameroon had earlier also beaten Tunisia in their opening game, but it was a different story for them against D’Tigress, as the lasses from Yaounde looked uninterested in maintain their impressive start.

The Lionesses never looked like a threat to D’Tigress, who started strongly in the first quarter 21-7 and further took a commanding 26 point lead, at 49-23, going to the break, then extended to 60 points (99-39) with 1:29 minutes remaining on the clock.

D’Tigress had more in the pain 52-8 and got help from the bench, with 51 points against 11 scored by the Cameroonians, while five Nigerians were on double figures, as they combined to score 68 points.

Mali, Mozambique and hosts Senegal joined D’Tigress to advance into the quarter-fnals, ahead of which Hughley promised that they will not take any opponent for granted but will keep their feet on the pedal.

While tongues are already wagging over the quality of his 2019 squad, with many observers rating them better than the one that won the 2017 edition in Mali, Hughley insists they must stay humble.

Hughley added: “We have to take it a game at a time, not to hurry about winning any match and not to underrate any opponent.

“Every team in this competition deserve respect from all the opponents, and that is what we give them all.

“We want to win all our matches, but we will not say we will beat the next team until we play them. We are not talking about winning any match until it is played.”