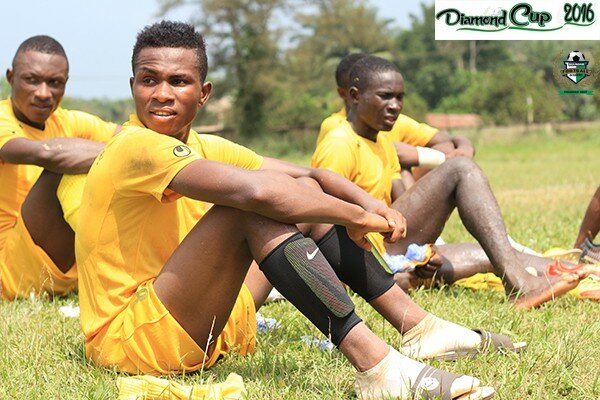 Villarreal of Spain winger, Samuel Chukwueze has opened up on some of the secrets of his early life, with a revelation that watching former Super Eagles’ captain, Austin ‘Jay Jay’ Okocha in action for club and country inspired him to take to the game actively, megasportsraena.com reports.

The dazzling youngster, who scored his third goal of the season for his club last weekend and has been nominated for CAF Best Young Player of The Year 2019, added that coming from a strict Christian family also helped him stay focused on his career, as he learnt the essence of holiness and righteous living from his parents.

While revealing that his father is a pastor and his mother a nurse, Chukwueze went on to disclose that he is the first child among three children, which he admitted gives him added need to stay focused and ensure he is successful in his chosen career.

He went on to thank Diamond Football Academy of Umuahia for helping him get into the bright spotlight of football, as his breakthrough came when he joined the team in 2012, after which the owner and coach fought hard for him in various selection aspects, till he was invioted to the under-17 national team, Golden Eaglets in 2014.

Chukwueze told Diamond TV: “My name is Samuel Chukwueze Chimerenka, I hail from Ugba Ibeku in Umuahia North LGA of Abia State. I was born on 22nd of May 1999 and bred also in Umuahia.

“My parents are from Ibeku. My Dad is Minister of God and my Mum is a Nurse. I have two younger siblings – a boy and a girl. I am the first child. We are a Christian family. I attended Government College Umuahia and later finish in Evangel Isiochi.

“I fell in love with football at the age of five, having our Nigerian legend, Jay Jay Okocha display such a tremendous skill gave me so much fantasies in life such as playing alongside with him.

“I played for Future Hope U-8 & U-10 I then moved to New Generation Academy and played for a little while before I then came to Diamond Academy where it all began. To be honest with you, Diamond Football Academy changed my life.

“They gave me purpose and the mentality that I can do it. I could remember so vividly the very day I was to resume training with them, it was a difficult moment for me because am new, I can’t forget our Team Manger Mr. Victor Apugo, who interceded on my behalf that got me a trial start which I gave everyone a beauty of football so I will call it.

“I joined Diamond in the late 2012 and they transformed me into something that I myself was proud and confident about. I got to know some ethics of football, its rules and conduct. I was included as part of the Academy squad that went to Portugal for a tournament which we won and I was the highest goal scorer in that competition.”