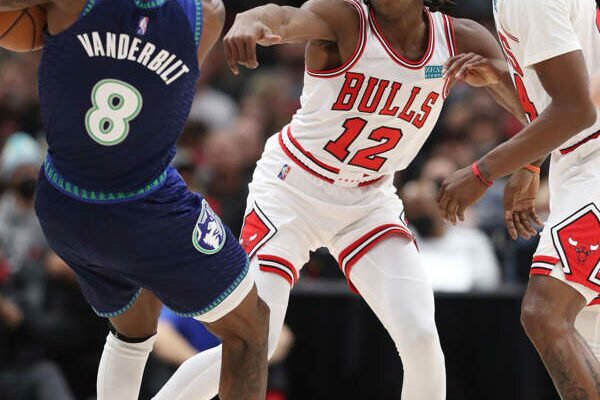 Chicago Bulls of America youngster, Ayo Dosunmu shot into the spotlight on a night his side defeated Minnesota Timberwolves 124-120 in USA’s National Basketball Association (NBA) league, but Victor Oladipo lost with Miami Heat.

Megasportsarena.com reports that, while Oladipo failed to take advantage of a rare start at home with The Heat, who fell 125-111 to Orlando Magic, the Nigerian spotlight to shout about came from largely unknown Dosunmu.

Dosunmu had 26 points in a season-high 45 minutes for The Bulls, who hung on for a historic win, as both teams took up rest-the-regulars mode in their preparation for the postseason.

Patrick Williams scored a career-high 35 points, while Troy Brown Jr added 17 points and 11 rebounds for The Bulls, who played without four starters and stopped a four-game losing streak.

They nearly blew a 28-point second quarter lead after a spirited rally by the deep reserves for Timberwolves, who did not use any of their regular starters in the second half.

Nathan Knight had 17 points and eight rebounds and Jaylen Nowell added 15 points for The Wolves, who were locked into seventh place in the Western Conference earlier in the week.

The Bulls, who already had the No 6 seed in the Eastern Conference bracket secured, will face third seeded Milwaukee Bucks in the first round, thanks to their concerning slide down the stretch.

Dosunmu’s side, which return to the playoffs after a four-year absence, shared the East’s best record with Bam Adebayo and Oladipo’s Miami Heat at the NBA All-Star break.

Same night in the NBA, Oladipo showed up against the team who drafted him, as he scored 40 points in a tight three-point shooting contest, but his side lost at home.

Mo Bamba and RJ Hampton each scored 21 points for The Magic, who matched a franchise record by hitting 23 3-point shots in 58 attempts.

Miami made 19 of 50 3-point shots in seeing their seven-game win streak end in the season finale, having already wrapped up the top seed in the Eastern Conference.

Oladipo, playing in only his eighth game of the season after recovering from surgery on his right quad 11 months ago, scored 25 points in the first half and 15 in the second.

Javonte Smart scored 20 points for The Heat, while Haywood Highsmith added 16 points and five rebounds in his first start.

Markelle Fultz was one of seven Magic players in double figures with 10 points and a career-high 15 assists, while Orlando finished with the worst record (22-60) in the Eastern Conference.

Osimhen Not Likely To Leave Napoli This Summer