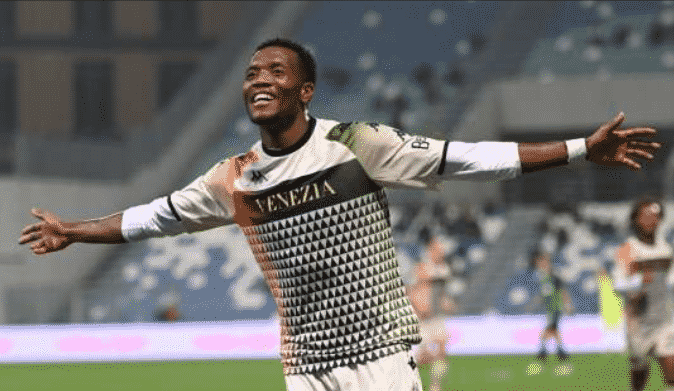 David Okereke has ended his time at Belgian champions Club Brugge even though he did not reveal his next destination, Megasportsarena.com reports.

“No, I’m not returning to Club Brugge.” He retorted when asked about the next season with the Belgian club.

“I was supposed to have already resumed with them (for pre-season) after I got their email, but I told them there is no need.”

The Nigerian cost Club Brugge a record eight million euros when he joined them from Spezia and he posted a great first season, but thereafter he fell out of favour at the Belgian champions.

Okereke, 24, played on loan last season in Serie A with Venezia, who have since been relegated and there is an option for the Italian club to buy him on a permanent basis.

Calvin Bassey: I Can Play Anywhere