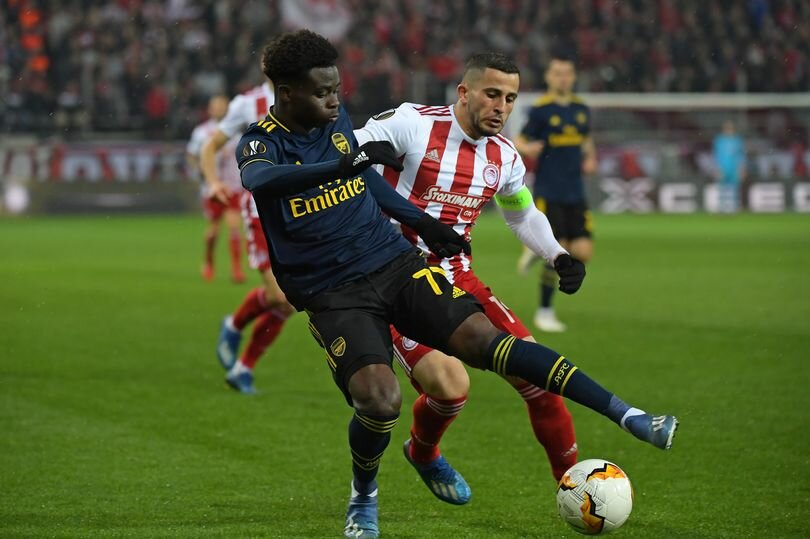 Arsenal of England youngster, Bukayo Saka has received words of praise from one of The Gunners’’ legends, Robin Van Persie, who hailed the Nigerian-born player’s wonderful assist in the UEFA Europa League victory away to Olympiakos of Greece.

Megasportsarena.com reports that Arsenal won the game 1-0 away on Thursday, much to the delight of RvP, but the Dutch icon singled out Saka for mention, and eulogized his efforts on the same level with a number of other renowned senior stars of his own generation.

Van Perie was rolling lyrical, after Saka helped Arsenal’s new coach and former captain, Mikel Arteta win his first European game, with the odd goal in their Europa League round of 32 clash at Karaiskaki Stadium.

Before now, Saka was Arsenal’s third choice left-back at the beginning of the season, behind Kieran Tierney and Sead Kolasinac, but has now started the last six games in all competitions as a fullback.

He was again in Arteta’s starting line-up on Thursday, getting the nod at left-back over the experienced Bosnia international, Kolasinac, and the Nigerian-born lad enhanced his growing reputation after notching his ninth assist of the season.

In setting up the winning goal scored by Alexandre Lacazette nine minutes from time, against the run of play, Saka entered the box and his inch perfect pass found the French striker, who poked home from close range.

Speaking as a pundit on BT Sport, van Persie reserved special praise for the England U19 international and likened him to three Manchester United and Arsenal legends.

RvP added: “This type of pass, Ryan Giggs used to give those passes, Dennis Bergkamp, Paul Scholes. This is like ordering your striker to move there, into the danger zone. It’s actually world-class. Really, really good.

“He makes it look easy but this pass like I said only the great players can give those passes. An average player, most of the crosses there would be kicked away by the defender and would just be shot too high or too low without idea. This is a pass with a message and this is what you want from your players.”