Bonaventure Emerges As Alternative Transfer Target For Napoli Of Italy 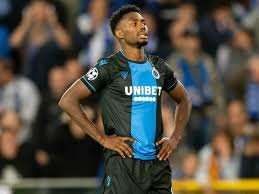 Club Brugge of Belgium attacker, Emmanuel Dennis Bonaventure has emerged as an alternative target by AS Napoli of Italy, following the Italian Serie A side’s inability to snatch his Nigerian compatriot, Victor Osimhen from Lille Metropole of France, megasportsarena.com reports.

With Osimhen and his agent again taking a u-turn on an initial report that they were considering accepting Napoli’s offer for a summer transfer, the Naples-based side have now turned their attention on Bonaventure.

A report of the Land of The Azzurri indicates that Bonaventure could now be in for a sensational move to San Paolo Stadium in the upcoming transfer window; while Daily Mail added that the club have shifted their attention to the 22-year-old lad, whose stock rose after he scored against Real Madrid in the UEFA Champions League and Manchester United in the Europa League.

However, it will not be a smooth stroll to Naples for Bonaventure, as Arsenal, Newcastle United, Brighton, Sheffield United and Watford of England, AS Monaco of France and Sampdoria of Italy are also all eyeing a move for Super Eagles rising star, who further caught the eye across Europe after he scored nine goals in 33 appearances as Club Brugge clinch Belgian Pro League title.

Bonaventure has played a total of 103 games for Brugge since joining them in 2017 from Zorya Luhansk of Ukraine, scoring 28 goals and providing 10 assists, with his highpoint coming in the immediate past campaign, during which he helped the club clinch the league diadem for the second time in three years.

The report concludes that Bonaventure’s considerably cheaper transfer fee presents a viable alternative for Napoli, who are looking to bolster their attacking ranks next season should the likes of Lorenzo Insigne, Dries Mertens or Hirving Lozano leave this summer.