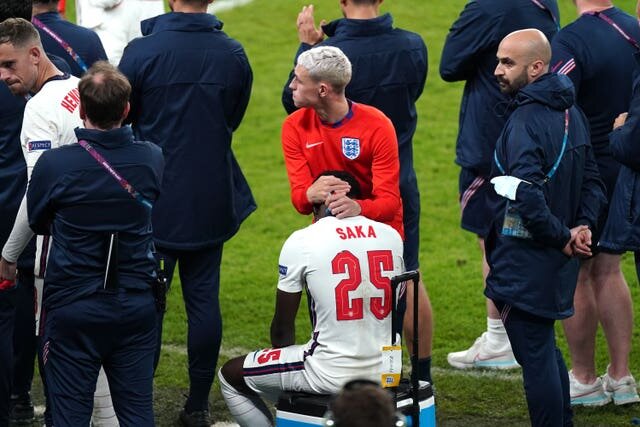 Arsenal of England winger, Bukayo Saka has disclosed how much he cherished receiving several ‘goodwill letters’ from The Gunners’ fans, as they all rooted round the youngster against recent racist slurs hurled at him.

With memory still fresh over how Saka was racially attacked on social media for missing a crucial penalty for England in the European Championship final defeat by Italy, Arsenal fans lined up in support of their own with several symbolic letters sent to the dark-skinned lad.

Megasportsarena.com gathered that, in response to the gesture, Saka admitted he was left speechless after being presented by the club with thousands of letters of support sent to him by fans after Euro 2020.

Along with Manchester United’s pair of Marcus Rashford and Jadon Sancho, Saka was subjected to racial abuse online after missing a shoot-out penalty in the final of the competition against Italy last month.

The 19-year-old Nigerian-born lad got a pleasant surprise when he returned to The Gunners’ London Colney training ground this week, he was presented with a display wall covered in thousands of letters, cards and gifts sent to him by the fans.

As he ran his fingers and eyes through the letters, Saka picked up a teddy bear from the collection and said he would take it to his home.

Further down the line, while reading a message from one of the many well-wishers, Saka laughed and said they had invited him to play football in the park and let him win.

Saka added in footage showing his appreciation of the moment posted on social media: “I’m speechless. How do I even say thank you for all of this? Can I just pick it all up and take it home?”

Tammy Abraham Must Leave Chelsea To Give Way For Lukaku – Report