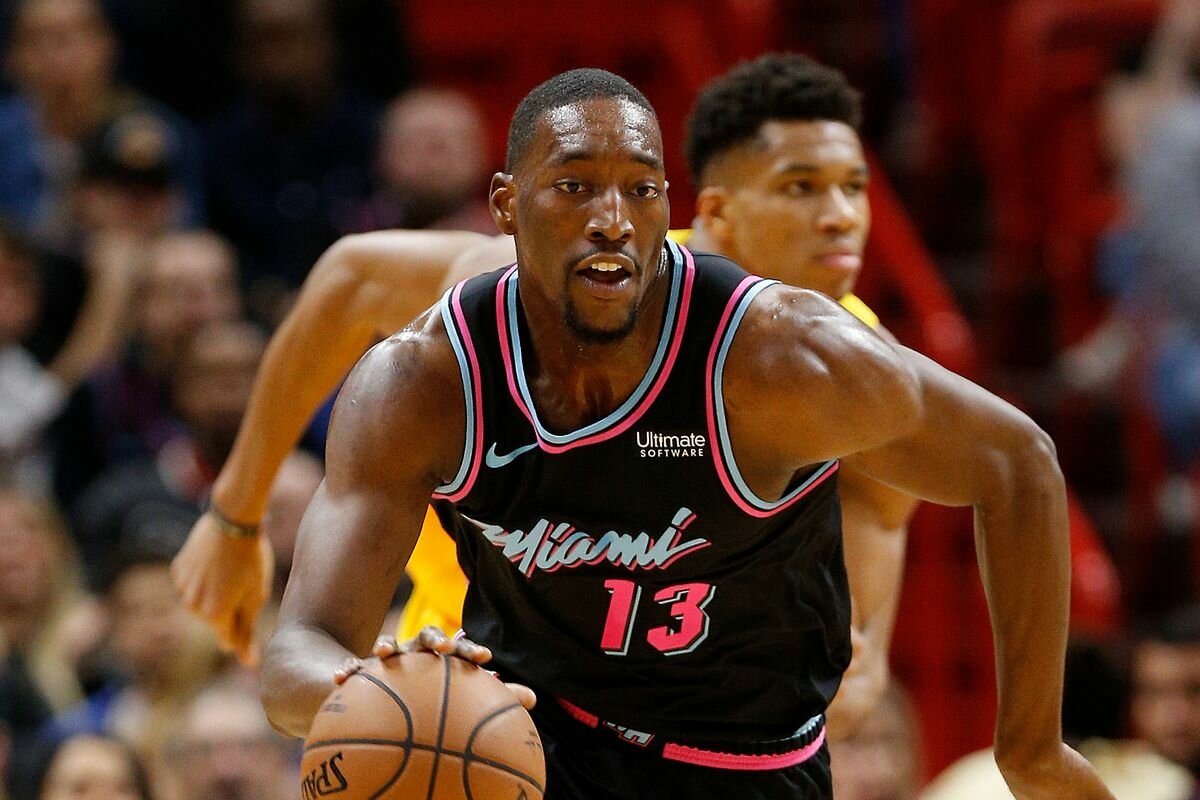 Miami Heat of America’s Nigerian-born basketball rookie, Bam Adebayo has been cited among the club’s next line of thrill makers, but many contending issues are equally reeling round him, megasportsarena.com reports.

Born July 18, 1997, Edrice Femi “Bam” Adebayo played college basketball for the Kentucky Wildcats before he was taken 14th overall in the 2017 NBA draft by The Heat, whose fans are now thinking of him in the realm of their avoed icons of the past generations and seasons.

As a child growing up in Adebayo was born on July 18, 1997 in Newark, New Jersey, he was given the nickname “Bam Bam” by his mother when, while watching The Flintstones at age one, he flipped over a coffee table in a manner similar to the show’s character Bamm-Bamm Rubble.

Adebayo first attended Northside High School in Pinetown, North Carolina and, while playing b’ball as a junior, he averaged 32.2 points and 21 rebounds a game, then averaged 15.0 points and 10 rebounds per game on Adidas Uprising Circuit.

Later that summer, Adebayo competed at the NBPA Top 100 Camp and was named MVP at the 2015 Under Armour Elite 24 game, then transferred to High Point Christian Academy in North Carolina, where he scored 22 points and 17 rebounds in a 81–39 win over New Garden Friends School during his season debut.

On December 29, he posted 26 points and 14 rebounds in a 91–63 victory over De’Aaron Fox and Cypress Lakes High School and, as a senior, Adebayo averaged 18.9 points, 13.0 rebounds, 1.4 blocks and 1.5 assist per game, leading The Cougars to a NCISAA state championship appearance.

On November 17, 2015, Adebayo committed to University of Kentucky, where he joined fellow freshmen Malik Monk, De’Aaron Fox, and Wenyen Gabriel. On December 7, 2016; then went on to record 16 points and 7 rebounds in an 87–67 win against Valparaiso Crusaders.

Adebayo was named 2016 North Carolina Mr. Basketball, as he first played in McDonald’s All-American Game and Jordan Brand Classic, was rated as a five-star recruit and considered one of the best high school prospects of the 2016 class, during which period he was also was ranked as the No.5 overall recruit and No.2 power forward in the high school class.

On June 22, 2017, Adebayo was selected with the 14th overall pick in the 2017 NBA draft by The Heat and on July 1 he signed his rookie scale contract, then joined the team for the 2017 NBA Summer League.

In his rookie season, Adebayo appeared in 69 games for the Heat and averaged 6.9 points and 5.5 rebounds per game and on December 7, 2018 he made 22 points and 10 rebounds in a 115–98 win over Phoenix Suns then continued making waves on December 28, when he scored 18 points in a 118–94 victory against Cleveland Cavaliers.

While Miami fans are still relishing the National Basketball Association (NBA) club’s capture of Jimmy Butler, they are still looking for marquee players in the franchise, but the latest hint is that they may have to look within their ranks, rather than buy in the trade.

That has set the stage for Adebayo to shoot into the limelight, but his spotlight status is in competition with that of fellow-insider, Tyler Herro, who has also generated a lot of buzz this pre-season, thereby setting them both up as the next Miami star to watch out for.

Renowned basketball guru, Dan Feldman stated in an article for NBC Sports: “I doubt Herro and Adebayo are totally untouchable. If the right star became available, Miami could change its stance. But that wasn’t Russell Westbrook. Bradley Beal? We’ll see if the Wizards ever make him available.

“The No. 13 pick in this year’s draft, Herro is an excellent shooter with plenty of range. But Klay Thompson comparisons look off base. A large part of Thompson’s value is his defense. Herro has a long way to go to prove he’s not a defensive liability.

“Adebayo has looked good in his two NBA seasons. But the level of play for centers across the league is so high. It’s a tough position for creating value. The Heat should be pleased to have both players. But they also can’t rest on their laurels and assume Herro and Adebayo will develop into prominent players on a contender.”

Sean Deveney Heavy.com further revealed that an unnamed general manager disclosed before Herro’s explosive night: “They’ve been firm on him and Adebayo being untouchable. Maybe they would move off of that as the season goes on, but as it stands, they think they’ve got the second coming of Klay Thompson offensively. They have not had a lot of useful guys on rookie contracts in past years and that’s killed their cap. They’ve got two now, they don’t want to let them go.”