Bam Adebayo Hit With Contract Controversy Ahead Of NBA Restart 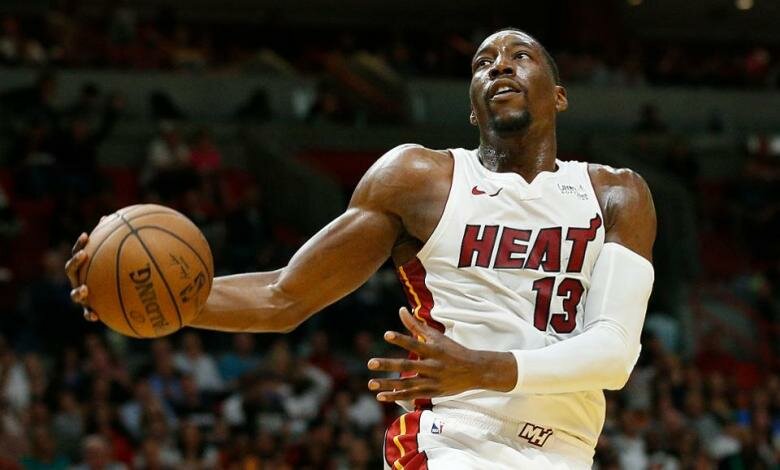 As action resumes this Thursday in USA’s National Basketball Association (NBA), a major talking point of controversy is brewing over the contract situation of Miami Heat’s Nigerian-born star, Bam Adebayo, who is reportedly set to miss out on an improved contract with the club, megasportsarena.com reports.

While Adebayo has made himself available for the unprecedented line-up of NBA action at ‘The Bubble’ in Disney World, Orlando, Florida, USA and he is still rated among some key players that could make things happen for The Heat, astonishing feelers indicate that the team’s top brass are shying away from granting him a deal that could earn hum more pay.

Although nothing has been said officially about the speculation, experts, analysts and reporters of the NBA believe the Miami-based outfit are not predisposed to upgrading the player, who made a massive career leap this season – as he enacted remarkable statistics of 16.2 points and 10.5 rebounds per game before the campaign was stalled by the outbreak coronavirus.

He also stepped up his high-level defense and rim protection, while also being rated in the mix for the NBA’s most improved player award, thereby setting tongues wagging over his exploits in the same season he was available for a contract extension.

The 22-year-old player, whose real name is Edrice Femi Adebayo but was nicknamed “Bam Bam” by his mother, was last season in contention for both defensive player of the year and most improved player awards.

Adebayo was at that time rated fourth in real plus-minus (RPM) among all Eastern Conference centers at +2.45 and fourth in that same group in player impact plus-minus (PIPM) , with The Heat 5.1 points per 100 possessions better when he was on the floor than off it.

He played college basketball for Kentucky Wildcats before he was taken 14th overall in the 2017 NBA draft by Miami, for which he went on to play 34.1 minutes per game in his first full season as starter, after usurping the starting spot Hassan Whiteside a year ago and was shooting 57.3 percent from the floor and 68.9 percent from the free throw line.

However, ESPN writer, Brian Windhorst has hinted that Adebayo will not get Miami’s cash elevation, despite the fact that he is a clear max player, as he declared that The Heat are instead going to make him wait a year to get an improved contract with the team.

Windhorst stated on his podcast: “He’s not going to get a max contract in the offseason. Even though I think he should, because the Heat are going to save money for the 2021 summer. That’s a storyline that I can almost guarantee for you: Bam Adebayo will not sign a contract extension this offseason. It will be, ‘Bam, we’ll take care of you later.’

“That can work, and other players willingly have put off their contract extension for a year to help the team. For example, Kawhi Leonard did it in San Antonio (that is not what their ultimate falling out was over). Adebayo would be a restricted free agent in the summer of 2021 and Miami could match any offer for him.

“Doing so would give the Heat more cap space in the summer of 2021 to chase an elite free agent. To make this work, the player has to be on board or it can lead to the kind of resentment that will see him trying to force his way out of town. Adebayo may be good with waiting (it doesn’t impact his payday any), but Miami needs to be sure he is before trying this.”