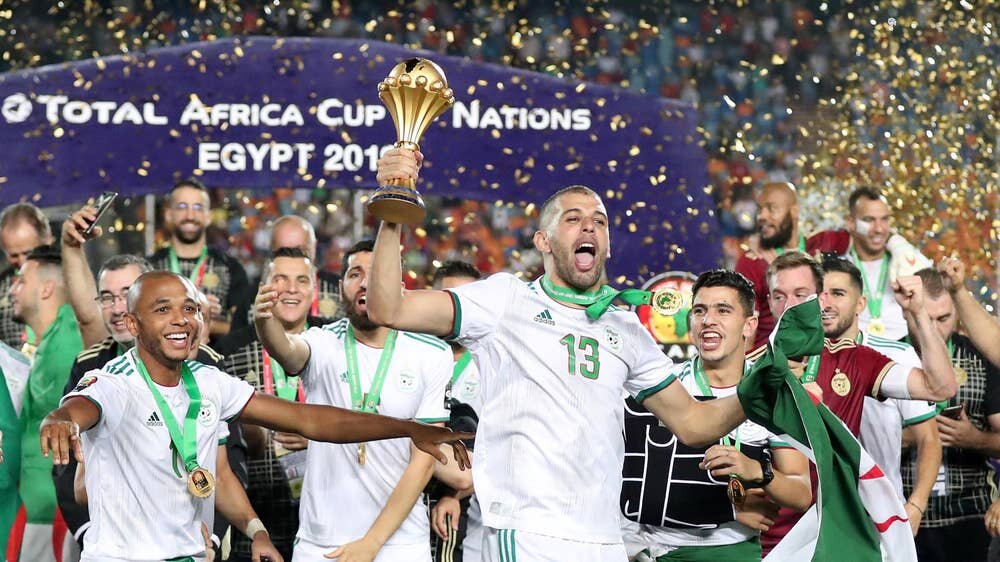 Nigeria Football Fderation (NFF) have revealed that The Fennecs of Algeria have replaced Cote d’Ivoire as the Super Eagles’ opponents on October 9th in Austria, for the first of two international friendly matches arranged by the soccer governing body for the national team next month.

The NFF statd that, in contrast with recent media reports that the October 9 game and another scheduled to hold four days later aganst Tunisia at same venue, might be called off on account of fears over coronavirus, both games have been approved by world football governing body, FIFA and Confederation of African Football (CAF).

A press release by the NFF’s communications department disclosed that Federation Ivorienne de Football sent a letter to their Nigerian counterparts on 22nd September regretting their inability to fly a team to Austria for the game as earlier agreed, citing “internal problems.”

However, what at first seemed a disappointment turned into delight as current African champions, Algeria, who beat the Eagles in the semi-finals of AFCON 2019, immediately accepted to tango with the three-time winners of the same trophy on 9th October at Jacques Lemans Arena.

It was gathered that this followed a telephone call from NFF president, Amaju Melvin Pinnick to his Algerian opposite number, Kheireddine Zetchi for a game between both sides, to hold within the upcoming FIFA international window, which will still witness two matches for the Eagles.

General Secretary of Federation Algerienne de Football, Mohamed Saad wrote: “We have permission from our government to travel from Algeria to Austria and our country has reopened international flights. We also would like to confirm that FIFA match agent Me Jairo Pachon is authorised to carry on all the required work and planning in Austria in order to stage this event.”

NFF’s media unit added: “The clash in Austria next month would be the fourth between the Super Eagles and the Fennecs in three years. Both teams were in the same qualifying pool for the 2018 FIFA World Cup, with the Eagles trouncing the Fennecs 3-1 in Uyo before a 1-1 draw in Constantine that mattered little as Nigeria already booked a ticket to Russia before that final-day encounter.

“The two teams were again at each other’s jugular in the semi final of last year’s African Cup of Nations in Egypt, the Fennecs edging it 2-1 from a free-kick just outside the box at the death, and then going on to defeat Senegal in the final to clinch their second continental title.

“On Friday, the NFF commended the Embassy of Austria in Nigeria for the dispatch with which the embassy attended to technical and backroom staff of the Super Eagles who are heading to Austria for the two games. All the officials have been issued their visas to travel.

“Midfielder Oghenekaro Etebo, who has only recently arrived in Turkey from Spain to join top club Galatasaray, has already been issued his visa to enter Austria.

“Tunisia, rated number two in Africa and 26th in the world, will be the Super Eagles’ second opponents at the Jacques Lemans Arena on 13th October.”