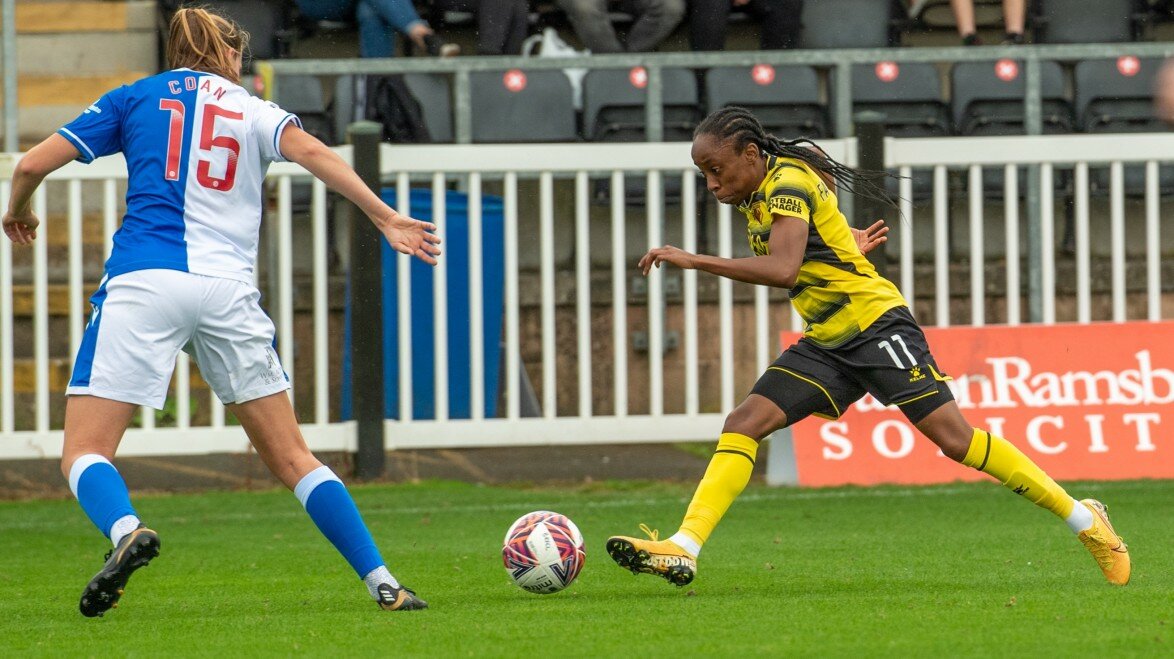 Adekite Fatuga-Dada opened her account for the season, but it would be no more than a consolation goal in a tough FA Women’s Championship 3-1 loss to Blackburn on Sunday [September 12].

The 25-year-old struck late on to reduce the deficit after Rovers had opened up a healthy lead through Jade Richards, Natasha Fenton and Annabel Blanchard goals.

While the winger made an impact after coming off the bench, she knows that the performance needed to be better.

“It was very frustrating,” Fatuga-Dada told watfordfc.com afterwards. “I don’t really know what to say to be honest, we have got to be better, we know we do.

“We don’t seem to start well, which is something we’ve got to sort out. We’ve got an international break now and that’s what we’ve got to do for the next couple of weeks.”