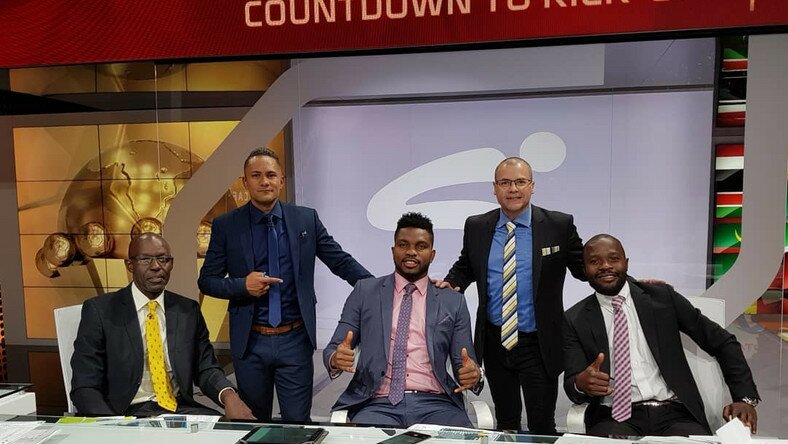 Former Super Eagles’ captain, Joseph Ikpo Yobo is exuding excitement with Nigeria’s qualification for the semi-finals of this year’s Africa Cup of Nations, as he believes Wednesday’s victory in Cairo, Egypt confirmed the country’s domination over South Africa, megasportsarena.com can report.

Although Bafana Bafana foguht back gamely and almost took the epochal quarter-final clash into extra time with a 75th minute equaliser, which was allowed by Video Assistant Referee (VAR), Yobo said he was happy to see the Eagles hold their nerves till the very end, which he opined is the real character of a championship-winning team.

The former Olympique Marseille of France, Standard Liege of Belgium, Fernebahce of Turkey as well as ex-Everton and Norwich City of England defender argued further during analysis on SuperSport that Wednesday’s match was a real thriller, because it showed a tight balance between both sides.

He noted that, though Nigeria were dominant in the first half, South Africa battled back in the second, such that the match panned out into a classic that was won at the death, via a nippy corner kick from Moses Simon that was hit home by William Troost-Ekong through a melee of legs in the South African’s box.

The player-turned-politician and cable television soccer analyst went on to admit that it was sheer relief for him, seeing that the Eagles managed to score the decisive goal and avoid taking the match into extra time, for which he stated congratulations to the squad and enthused that they will win again in the semi-finals.

Yobo declared: “In the first half, Nigeria was the dominant force. In the second half, Nigeria sat back too early and South Africa came back.

“But, that is the quality of a good match, because you can’t expect one team to dominate from beginning to end.

“I am also happy that we saw two different goal scorers for Nigeria, which shows that the team does not depend on only one source.

“Congratulations, Nigeria. We got the winning goal that mattered and made all the difference. We won the match, we are in the semi-finals.”